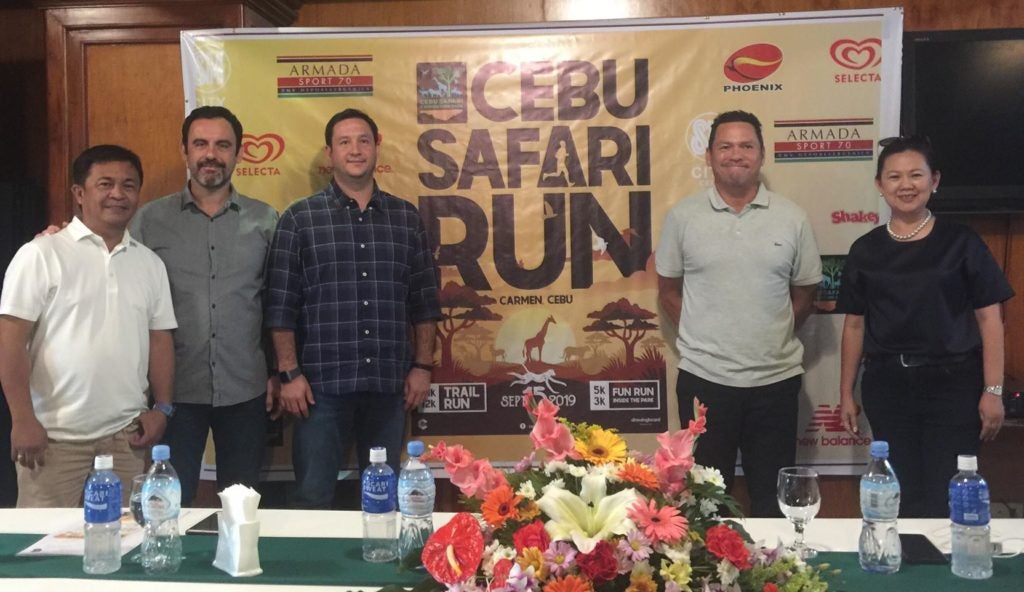 CEBU CITY, Philippines—Runners will get a chance to experience a different kind of running event when the Cebu Safari and Adventure Park hosts the Cebu Safari Run on September 15, 2019 in Carmen town, northern Cebu.

The run, which will be the first of its kind as it will be held inside and around the Cebu Safari and Adventure Park, will have four distances in two different kind of runs.

The fun run will offer 3-kilometer and 5k distances. The trail run, on the other hand, will have 12k and 21k distances.

The Cebu Safari and Adventure Camp is partnering with Cornerstone Group in organizing the event, which is not only geared towards competitive runners but also families who want to spend bonding time at the Safari.

Organizers are targeting 1,000 participants for the run.

Cornerstone Group’s Steve Maniquis said that this event was conceptualized last year when he told Loop that it would be a good idea to have a fun run at the safari.

According to Quinito Moras also of Cornerstone Group, the fun run will be held entirely inside the Safari’s facility while the trail run will start inside the facility then will have the participants heading out to the uphill and downhill trails of the property of the family of businessman Michel Lhuillier.

Safari vice president and chief operating officer Eduard Jarque Loop, meanwhile, assured that the event will pose no threat or stress to the animals in the park.

“It took awhile for us to hold this event because we had to do consultations and talk to vets to make sure that the animals will not get stressed,” said Loop who added that the animals are already used to people as the park would cater close to 2,000 people daily on weekdays and 4,000 people on weekends.

Loop, Maniquis and Quinito together with race director Joel Juarez graced the press conference held for the event, Thursday, July 25, 2019, at the Hola España in One Paseo.

Because the event promises to be fun for the whole family, organizers also have bundle packages for the 3k and 5k.

For the kids in the bundle packages, kids must be aged 12 years old and below.

There is also a companion fee of P600 but this can only be availed via the bundle packages.

The registration fee would entail each participant a whole day admission to the park, a finisher’s medal and shirt and a packed meal.

According to Loop, joining the Cebu Safari Run would actually be a treat as the park’s regular entrance fe is already P800. But with the run, participants will get more for their P800.

Those interested can register online, just check the Safari website or the Cornerstone Group website. One can also go to the Safari, M Lhuilier Office in Talamban, Drawingboard Creative Inc. Office and the New Balance Store in Ayala, wherein registrants will be entitled to a 20-percent discount should they want to buy something from the store.

Cash prizes will be given to the top 3 finishers in the 12k and 21k and fun prizes for the 3k and 5k.

Those who want to stay near Carmen can check in at the Danao Coco Palms Resort, which will also be offering discounts and a free shuttle to the Safari on race day. /bmjo