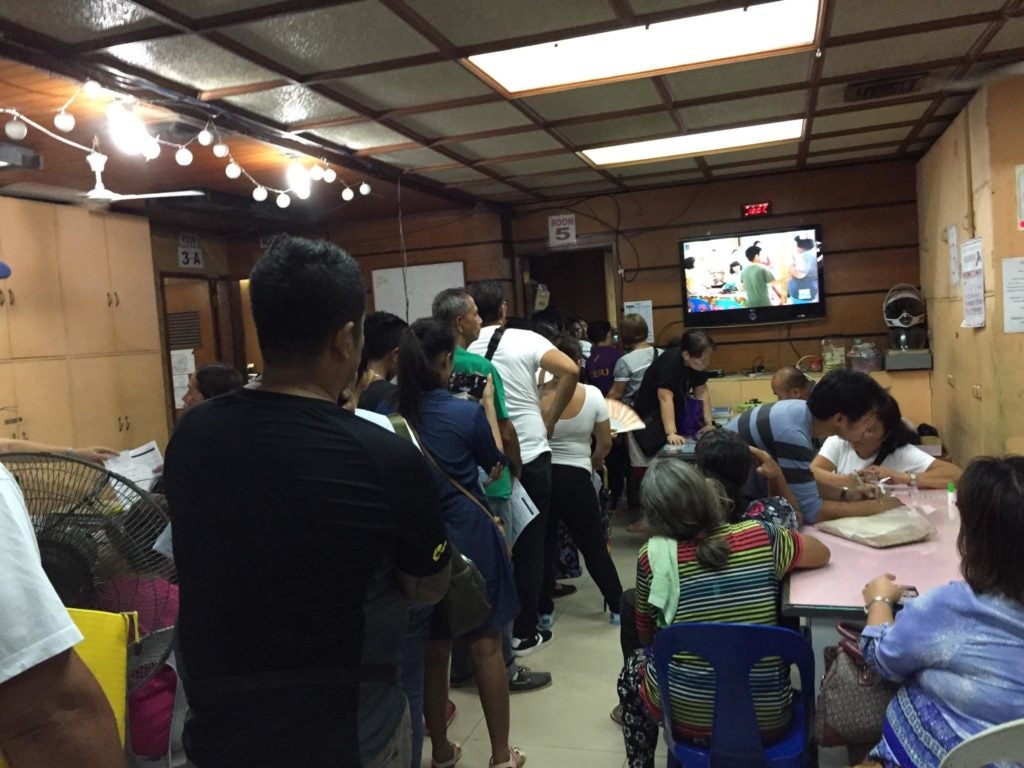 Cebu City residents wait in line at the Commission on Elections in Cebu City for the first day of the voter’s registration for the barangay elections. | Delta Dyrecka Letigio

CEBU CITY, Philippines — Only 400 of the usual 1,000 Cebu City residents were served by the Commission on Elections in Cebu City (Comelec Cebu City) on the first day of voter’s registrations this year for the city’s two districts.

Lawyer Marchel Sarno, Cebu City north district election officer, that they only were able to serve 400 registrants because there were updates installed into the computers, which caused some issues in the installation and they needed technical assistance.

“Giupgrade ang system pero karaan naman gud ang uban natong computers mao na nihinay atong registration. (There was a system upgrade but some of our computers are old so the registration slowed down),” said Sarno.

At 1:20 p.m. of Thursday, August 1, Sarno cut off the registration of voters in the North District, allowing only those left in the line to register because of the technical issues.

He said that he encouraged those who were not served because they arrived after the cutoff to return in the coming days when all systems would be running smoothly.

Read more: Comelec: No transfer of voter’s registration for May 2020 barangay polls

Whatever the decision of the Congress might be, Sarno said that the Comelec would continue to prepare for the barangay elections, starting with the voters registration.

He encouraged the voters to register now, instead of waiting for the deadline and avoide the rush of registrants and risk not being able to be registered in time for the elections.

“Do not wait for the deadline,” said Sarno.

The Comelec will also cater to Sangguniang Kabataan voters ages 15 and above, and those who will turn 15 by May 2020.

Regular voters must be aged 18 and above or should turn 18 before next year’s scheduled elections.

Voters must bring any valid identification card (ID) such as any government-released ID, company ID for employees, school ID for students, social security card, or passport.