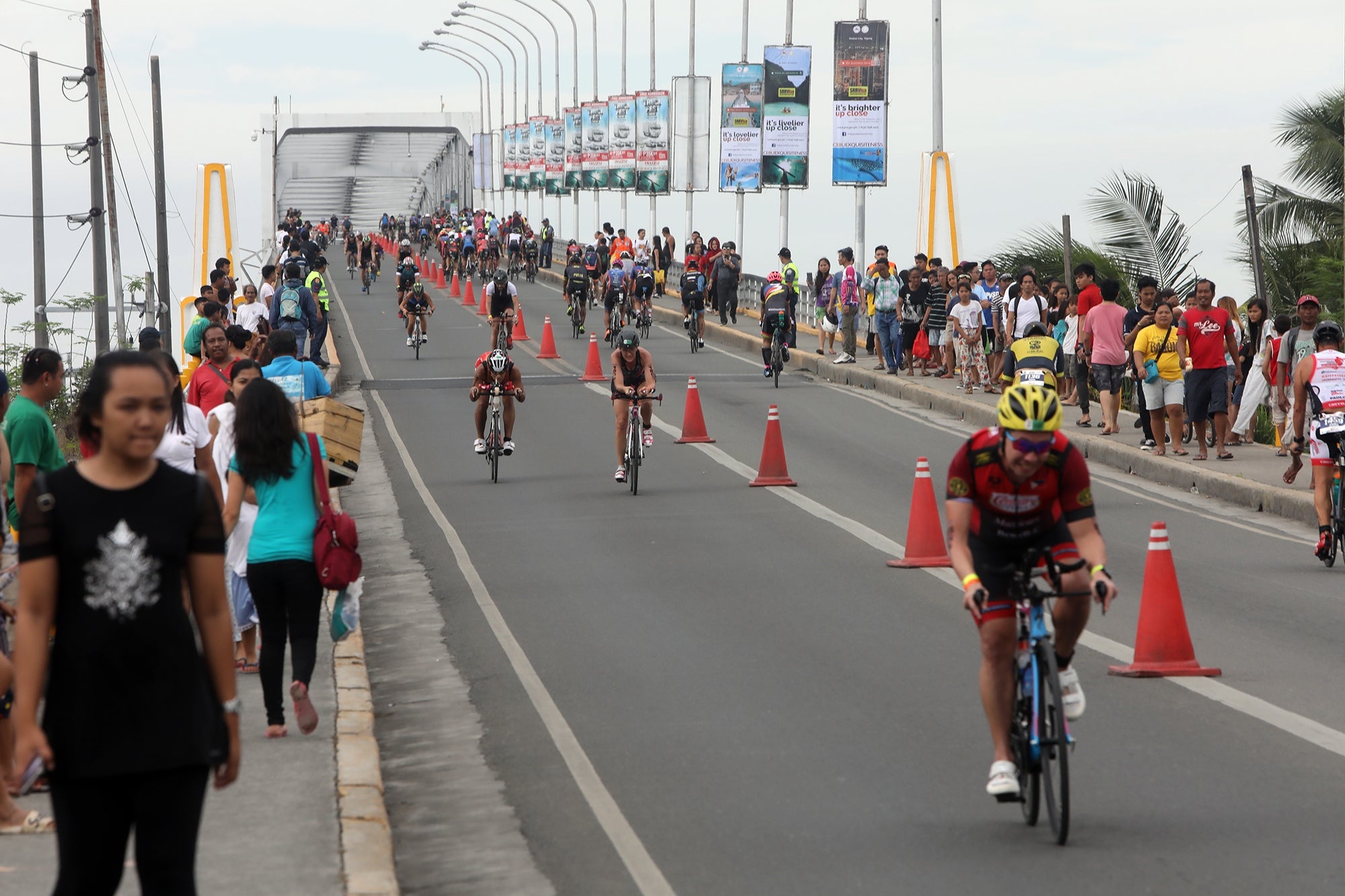 Cebu will serve as host to another world-class sporting event this year as the Regent Aguila Ironman 70.3 Philippines-Cebu will be held on Sunday, August 11, 2019. In this file photo taken in August 2018, triathletes are seen taking on the biking challenge of the race at the Mactan-Mandaue Bridge. CDN FILE PHOTO

The race which is slated on Sunday, August 11, 2019 and will traverse four cities of Cebu province from Lapu-Lapu, to Mandaue, Cebu, Talisay and back via the South Road Properties (SRP) will be the first qualifying race for the 2020 world championships.

This international race will start and end at the Shangri-La’s Mactan Resort and Spa, Cebu.

This Cebu edition of the half Ironman has won several awards, the most recent of which is being named as the Best Triathlon Swim Course in Asia 2018.

The waters fronting Shangri-La where the swim leg of the race is done has been compared to closely resemble that of the swim course in the Ironman World Championships in Kona, Hawaii.

It has also been constantly voted in the Ironman Athlete Choice Awards as the race that athletes look forward to attending the next year as it is considered having the best post-race celebration.

This year will be the eighth year for Cebu to serve as the host venue for the Ironman 70.3.

It has gathered 2,190 participants coming from 57 countries.

The Cebu half Ironman also attracts the most number of strong pros with 20 of them racing this year including defending champions Mauricio Mendez of Mexico and Radka Kahlefeldt of Czech Republic.

Cebuanos will also get to witness an exciting race between Cebu-based elite participants Banjo Norte and Jorry Ycong, who will go up against Manila’s best in August Benedicto for the Asian Elite title.

The Regent Aguila Ironman 70.3 Philippines-Cebu will be ushered in by two other exciting races—the Herbalife Irongirl on August 9 and the Alaska Ironkids on August 10. / celr