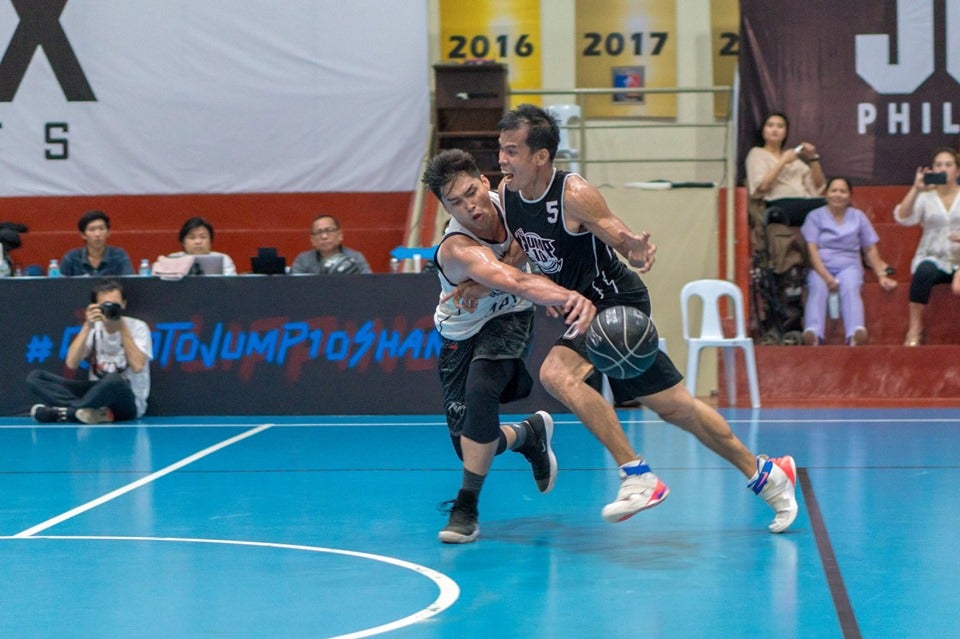 Jojo Tangkay and the Builders lost to Canada during the second day of the Jump10 World Hoops Challenge in Shanghai, China. / CONTRIBUTED PHOTO, Jump10 Philippines

CEBU CITY, Philippines—The ARQ Builders floundered in the endgame and got beaten by Canada, 12-15, 12-15, in the 2019 Jump10 World Hoops Challenge at the Shanghai Expo Celebration Square in Shanghai, China.

The score was tied at 12-all in the dying seconds of the first half when Canada got off a three-pointer that found nothing but the bottom of the net to end the half in the latter’s favor.

As fate would have it, the very same thing happened in the second half of action, according to head coach Marvin Caro.

The affable head coach said the team would have done a lot better had they acquired the services of a foreign player.

“We’re being outrebounded a lot. The players we’re up against here are a lot more athletic than us,” said Caro, who is also an assistant coach with the Batangas Athletics of the MPBL.

The Builders were supposed to have former Southwestern University-Phinma ace Landry Sanjo and ex-University of San Carlos import Shooster Olago.

However, the two players did not have their papers in order and were not able to make the deadline.

The Builders — which is composed of Jojo Tangkay, Enrico Llanto, Lyndon Gudez, Rino Berame, Russell Moneva, Jojo Arano and John Abad — will try to finish their elimination round stint on a high note when they take on Italy on Saturday, August 10, 2019, at 1 p.m. / celr