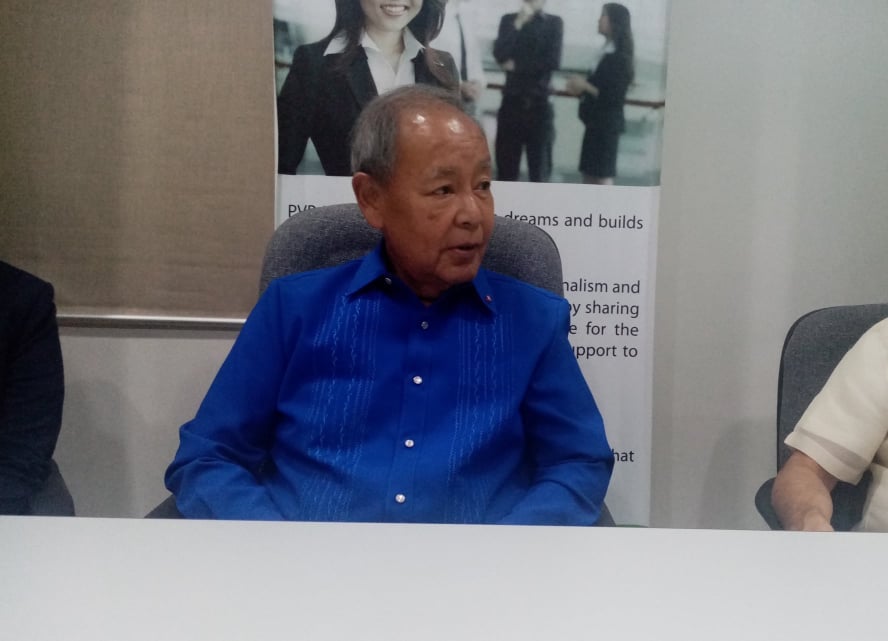 Roberto De Ocampo, chairman and chief executive officer of the Philippine Veterans Bank, says they are now expanding their client base with the opening of the first-ever business center in Cebu. /Irene R. Sino Cruz

PVB Chairman and Chief Executive Officer Roberto De Ocampo said they opened their first full blown business center in Cebu to highlight its importance. He said they would also open two more business centers soon. He and other bank executives came to Cebu to grace the launching of the bank’s Cebu Business Center.

De Ocampo considers the bank as the most widely-held in terms of ownership because the owners of the bank are the veterans particularly the World War II (WWII) veterans. The PVB is only bank that serves as a memorial to war heroes since it is dedicated to the memory of those who fought in WWII so the Philippines would be free, he added.

The bank offers pension loans to WWII veterans and their immediate heirs. However, it has expanded this service to veterans of other wars and retired members of the Armed Forces of the Philippines.

“At the same time, it is the only private commercial bank that is authorized to be a depository of  government entities, both local and national, and to be able to transact business with them,” he added. The bank also provides lending assistance to veterans, other than WWII veterans, as well as to large and small businesses.

According to De Ocampo, they had to rehabilitate the bank, which had suffered losses about five years ago to make it stronger so it could provide more durable assistance to the veteran community as well as the country as a whole.

He explained that they strengthened the institution by bringing in people who are knowledgeable in banking; implemented professional banking methodology and systems, including computerization.

“Now, we have expanded the capability of our services to also make use of our unique positioning as a private bank that can service national and local governments,” De Ocampo. “So, we will be providing loans and assistance as a depository of local governments, including Cebu.”

The bank’s total combined loan portfolio has reach P22 billion as of July 2019, up from P18 billion at the end of 2019, said PVB president and chief operating officer Renato Claravall.

Claravall also disclosed that the bank plans to participate in providing funding for infrastructure projects identified under the Build, Build, Build program. He cited as an example the Panay Railway project.

On the other hand, De Ocampo said they would also tap other organizations like cooperative to increase access to their services./dcb