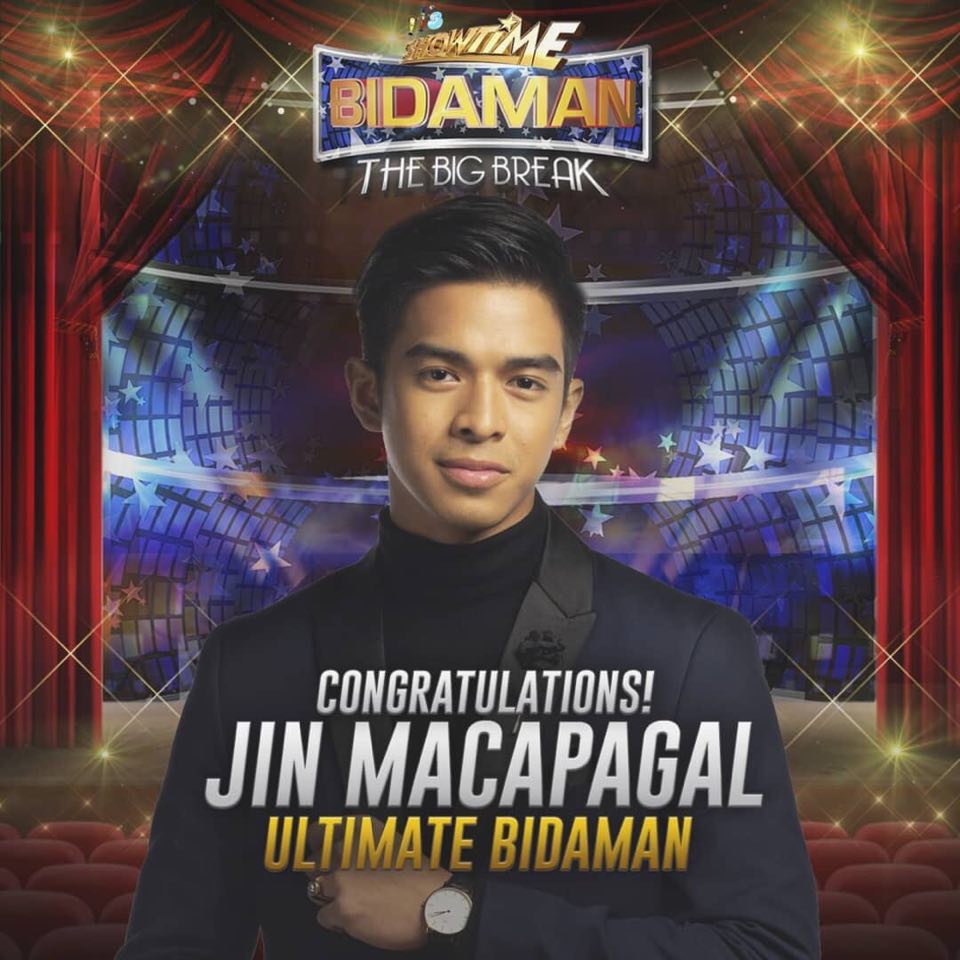 CEBU CITY, Philippines – A 24-year-old model from Cebu made history after he was named the first-ever “BidaMan” in ABS-CBN’s noontime show, “It’s Showtime.”

“The BidaMan: The Big Break” grand finals that was held this afternoon, August 10, at the New Frontier Threater in Cubao, Quezon City was Macapagal’s comeback on a national television after he joined Pinoy Band Superstar in 2016.

A total of 12 Bidamen competed in today’s grand finals. The number was later on trimmed to six.

Macapagal, a Guadalupe native who finished Physical Therapy in a University in Cebu City, aced the “Matinee Matibay round” where in the Top 6 finalists where they were paired with Kapamilya leading ladies.

He was paired to Jaine Oineza in a scene where Oineza, who was made to undergo chemotherapy, had lost hope for her eventual recovery.

The list was further trimmed to only three which included Macapagal, Eris Aragoza of Rizal and Jiro Custodio of Nueva Ecija. The Top 3 finalists were asked to deliver a monologue on their chosen topic under the competition’s “The Spotlight” round.

Macapagal chose to deliver a monologue where he vented his emotions to his Overseas Filipino Worker (OFW) father because of the latter’s failure to attend important celebrations in his life which included his birthday and graduation.

“You remind me of a young Rico Yan. Yung underscores and lahat ng eksena,” Manzano said.

(You remind me of a young Rico Yan. The underscore and all the scenes.)