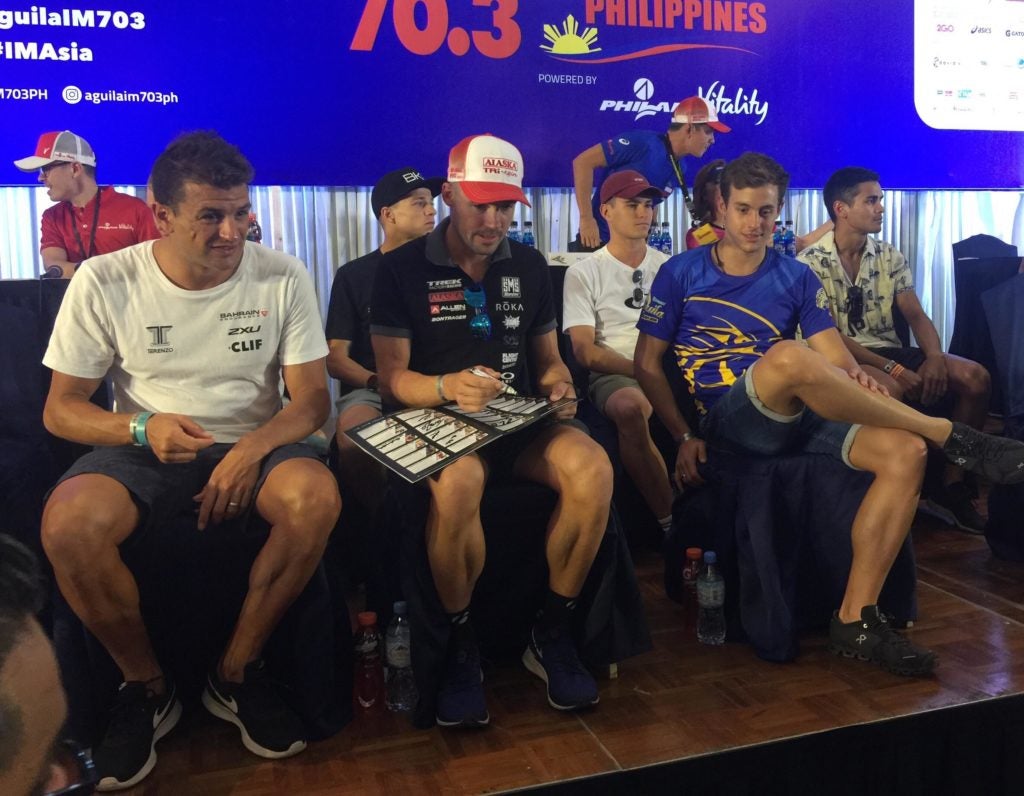 As if that is not enough, the very first champion of IronMan 70.3 Philippines, Terenzo Bozzone of New Zealand, has joined the impressive lineup of pros. And, it is his first time in this Cebu edition of the race.

Before Cebu became the home of the IronMan Philippines for the past seven years since 2012, it was first held in Camarines Sur for three years starting in 2009. And, it was there that Bozzone won.

While Mendez was the youngest Xterra world champion in 2016, and Reed was the 2016 IronMan 70.3 world champion, Bozzone also has a string of first place finishes to his name.

Both Mendez and Reed also did not win the title in this year’s Alveo IronMan 70.3 Davao held last March. Mendez did not finish the race as his bike got damaged while Reed finished fourth. This means that both are hungry for a title.

This year’s Regent Aguila IronMan 70.3 Philippines Cebu will probably be the most exciting race with its impressive lineup of pros seeing action.

This international race, which is already on its eighth year, was supposed to have 20 pros racing, but two have pulled out due to illness. These are Sam Betten of Australia and female defending champion Radka Kahlefeldt of Czech Republic.

Aside from Mendez, Reed and Bozzone, other male pros, who can give them a good fight, are Australia’s Tim Van Berkel, Mitch Robins, Justin Ghosh, Lindsey Lawry, Luke McKenzie and Blake Kappler; Eric Watson of Bahrain, Jakub Langhammer of Czech Republic; Shen Yen Hsieh of Taiwan; and Mike Philips also of New Zealand.

In the women’s division, the field has been opened with the withdrawal of Kahlefeldt.

Five-time champion Caroline Steffen of Switzerland will always be a favorite in Cebu as well as Dimity Lee Duke of Australia.