DOJ chief: Mere affiliation to communist movement not a crime 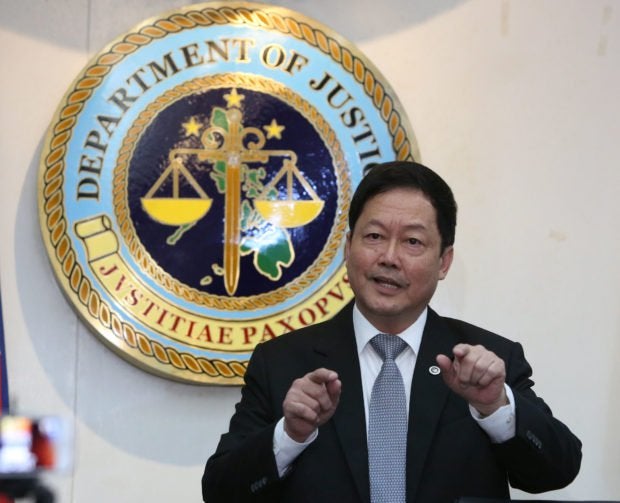 MANILA, Philippines — Justice Secretary Menardo Guevarra on Tuesday said that a person’s mere membership in the communist movement is not considered a crime.

The chief of the Department of Justice (DOJ) issued the statement as he rejected proposals to restore Republic Act 1700 or the Anti-Subversion Law.

“With all due respect to Sec[retary Eduardo] Año, mere membership in the CPP (subversion) is not a crime… Being leftist is far from being terrorist,” Guevarra said.

“As long as activism remains in the realm of ideology, there is nothing to be alarmed about. But once it flows into overt acts that threaten the national security or at least cause widespread fear among the people, the government has to step in, and step in really hard,” he added.

In calling for the restoration of the anti-subversion law, Año, chief of the Department of the Interior and Local Government (DILG), cited intelligence reports showing that from 500 to 1, 000 youths are being indoctrinated every year by the communist movement to either become members of its armed wing, the New Peoples’ Army, or serve as leaders of militant groups in their schools.

Año said the communist movement has taken advantage of the repeal of the said law to continue their recruitment activities.

But Guevarra pointed out that instead of reviving the Anti-Subversion Law, “amending and giving more teeth to the Human Security Act will suffice in my opinion.”

According to the DOJ chief, one way to strengthen Republic Act 9372, or the Human Security Act, is to scrap the P500,000-penalty for each day of mistaken incarceration.

“There are many provisions that need to be amended. One of them imposes a penalty of P500,000 per day of incarceration upon any law enforcement officer who mistakenly accused and prosecuted a person for terrorism, even if done in good faith,” Guevarra said.

This, he noted, would warrant suit and penalty against law enforcement officers.

However, he added: “There are laws penalizing malicious prosecution anyway.”

The repeal of the Anti-Subversion Law also legalized the Communist Party of the Philippines (CPP), paving the way for the Ramos administration to enter into peace talks with the rebel movement. /kga

Read Next
Don Bosco vs CEC, USJ-R vs CIT-U on opening day of 2019 Cesafi basketball season