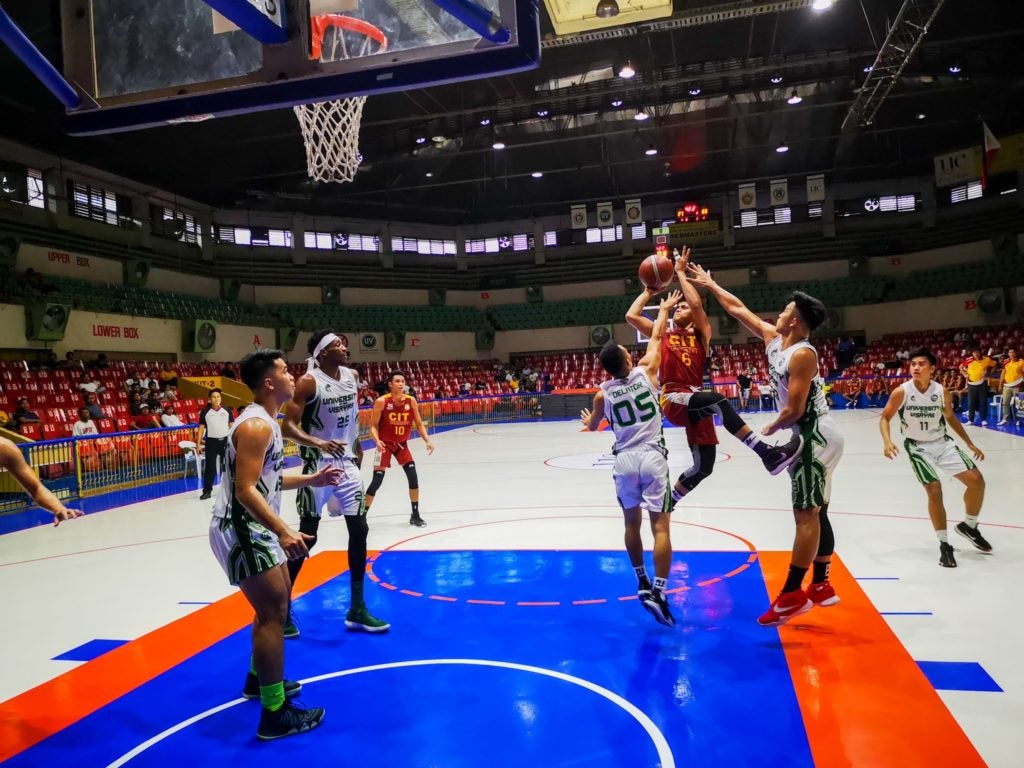 CIT-U’s JC Escalona and the rest of the Wildcats, seen here against the UV Green Lancers in the Partner’s Cup, will open the 2019 Cesafi season with a game against USJ-R. CDN Digital photo | Jonas Panerio

Cebu City, Philippines—The 2019 Cesafi men’s basketball tournament will open up with a game between two squads that are raring to do better than how they fared in the preseason as the University of San Jose-Recoletos (USJ-R) Jaguars will be taking on the Cebu Institute of Technology-University (CIT-U) Wildcats on August 31, 2019, at the Cebu Coliseum.

Tip-off is slated at 5:30 p.m. after the high school game between two teams that did not take part in the 2019 Cesafi Partner’s Cup — the Don Bosco Greywolves and the Cebu Eastern College Dragons.

The complete schedule of the collegiate and high school basketball tournament was released by the Cesafi commissioner’s office on Monday, August 12, 2019.

The second day of action is also set to be an explosive one as two title contenders clash in the collegiate division when the reigning Partner’s Cup titleholder, Southwestern University-Phinma Cobras battle the University of Cebu Webmasters.

Meanwhile, the three-time defending collegiate champions University of the Visayas (UV) Green Lancers will have to wait until September 12 for their debut when they clash with the University of San Carlos (USC) Warriors.

The much-anticipated game between bitter rivals UC and UV will take place on September 15.

The winners in the Final Four will then advance to a best-of-three championship series.