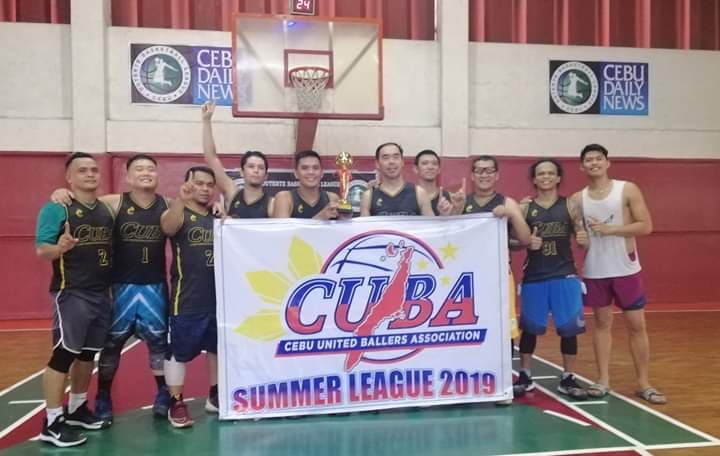 CEBU CITY, Philippines – SAGBAF waxed hot in crunchtime to defeat Daxnavs and hoist the championship in the Cebu United Ballers Association (CUBA) Summer League 2019 with a 93-80 victory in the finals on Saturday, August 17, at the Capitol Parish Gym.

SAGBAF got off to a fast start and led by 19, 33-14, after the first 10 minutes of action but Daxnavs slowly crawled their way back into the game before eventually tying it all up at 62-all at the end of the third quarter.

However, SAGBAF found their second wind just in time as they uncorked 14 straight points to turn a 71-72 deficit into a commanding 85-72 lead late in the fourth canto and effectively put the win and the title in the bag.

Oliver Sanoy and Jason Chan had double-double performances with the former registering 25 points and 10 rebounds while the latter got 23 points and 11 boards. Raymond Jimenez nearly pulled off a rare quadruple-double as he had 15 points, 11 rebounds, eight assists and six steals.

Serg Go Bui and Jerome Soque helped out with 14 and 10 points, respectively.

SAGBAF’s defense also got the job done as they held Daxnav’s main man, Jose Acha, to a subpar performance of just eight points on 4-of-14 shooting including an 0-for-6 clip from beyond the arc.

Meanwhile, Regent nabbed third place honors with a 107-101 win against the Warriors. James Baron almost had a triple-double with 38 points, nine boards and nine assists while Marvin Gabales nailed 10 three-pointers to finish with 36 markers.

Read Next
Sidewalk vending: A cat-and-mouse game in Cebu City