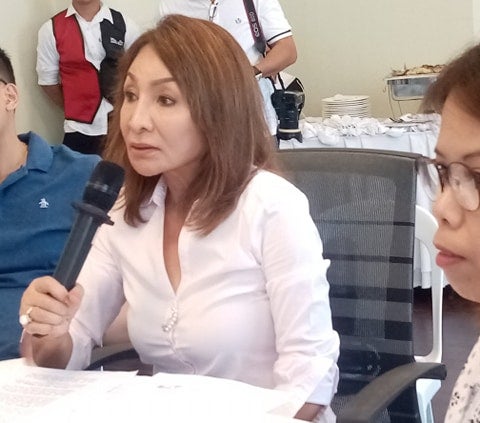 Information from the Cebu Port Authority (CPA) says that Cebu has a total of 135 ports, 71 of these operated by private companies; 37 by local governments; 11 by shipyards and 16 by the authority.

Garcia issued the directive during the first meeting with task force members on Wednesday morning and a day after she ordered the creation of the the task force and establishment of an inter-agency collaboration to protect the local hog industry.

In her Executive Order No. 13 signed August 20, Garcia cited the compelling need to create the task force and establish an inter-agency collaboration to protect the local hog industry and the constituents of the province.

The governor noted that Cebu is the largest pork-producing province in Central Visayas.

Regional Director Salvador Diputado of the Department of Agriculture disclosed that as of July 1, Cebu had a total hog inventory of 443,371 heads based on the Philippine Statistics Authority (PSA) figures. Backyard farms accounted for 279,195 heads while commercial farms account for 164,176 heads, Diputado added.

E.O. 13 also called for the creation of four teams to focus on surveillance and monitoring; quarantine; information campaign; and policy review. The provincial strategies include strict enforcement of veterinary quarantine procedures and regular field surveillance and movement.

Garcia also directed the Provincial task force, component towns and cities to enforce and implement strictly all veterinary quarantine regulations and ASF national and department issuance in the entire province.

The Food and Drug Administration (FDA) had issued an updated advisory expanding the temporary ban on importation, distribution and sale of all processed meat products to four other countries. These are  Hong Kong, North Korea, Laos and Germany, according to FDA order 2019-229. Earlier, FDA ordered the temporary ban of pork meat from 16 countries, including China and Vietnam.

Rolando Tambago, president of the Central Visayas Pork Producers Cooperative (Cevippco), assured the governor of their commitment to police their own ranks.

While the entry of ASF virus will only directly impact on the swine industry, Tambago explained that it would have adverse effects on the sectors supporting them.

He cited as example the corn farmers, the corn mills and the logistics sector as among those that would suffer if the swine industry experiences a downturn.

Garcia said that she came up with the executive order in recognition of the swine industry’s contribution to the local economy. | dcb