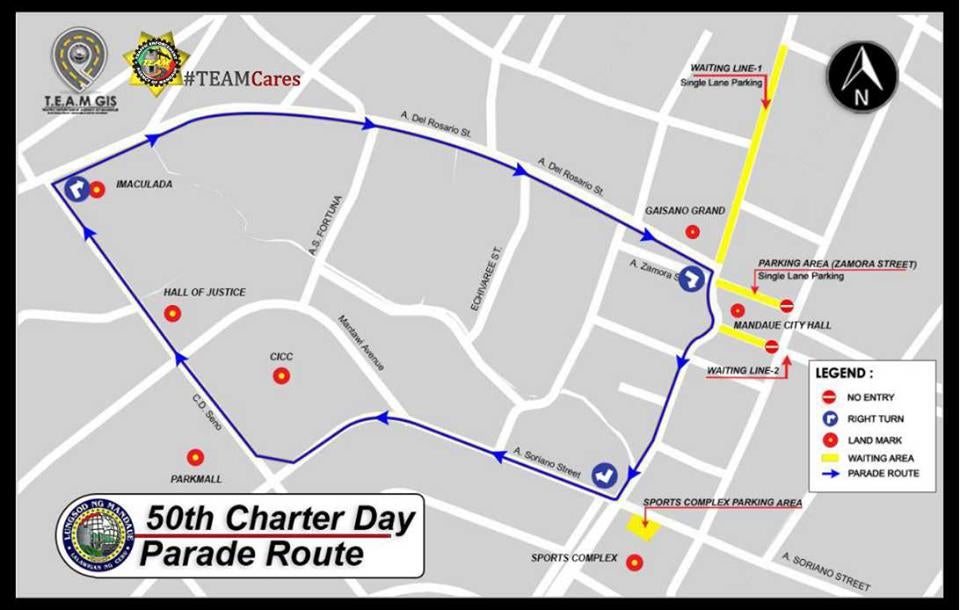 Parade participants will convene at the City Hall Heritage Plaza grounds and will walk to Ouano Avenue and C. D. Seno Street located at the Mandaue City Reclamation Area before turning right to A. Del Rosario Street in Barangay Guizo.

The foot parade will then go back to the heritage plaza grounds.

“The parking area at Zamora Street will be a 1-lane parking; No Entry will be implemented within the circumference of Mandaue City Hall from 6:00 AM until the parade is finished,” says an advisory released by the Traffic Enforcement Agency of Mandaue (Team).

“Motorist, Drivers and other road users are advised to be guided by this parade route to minimize traffic congestion,” the advisory added.