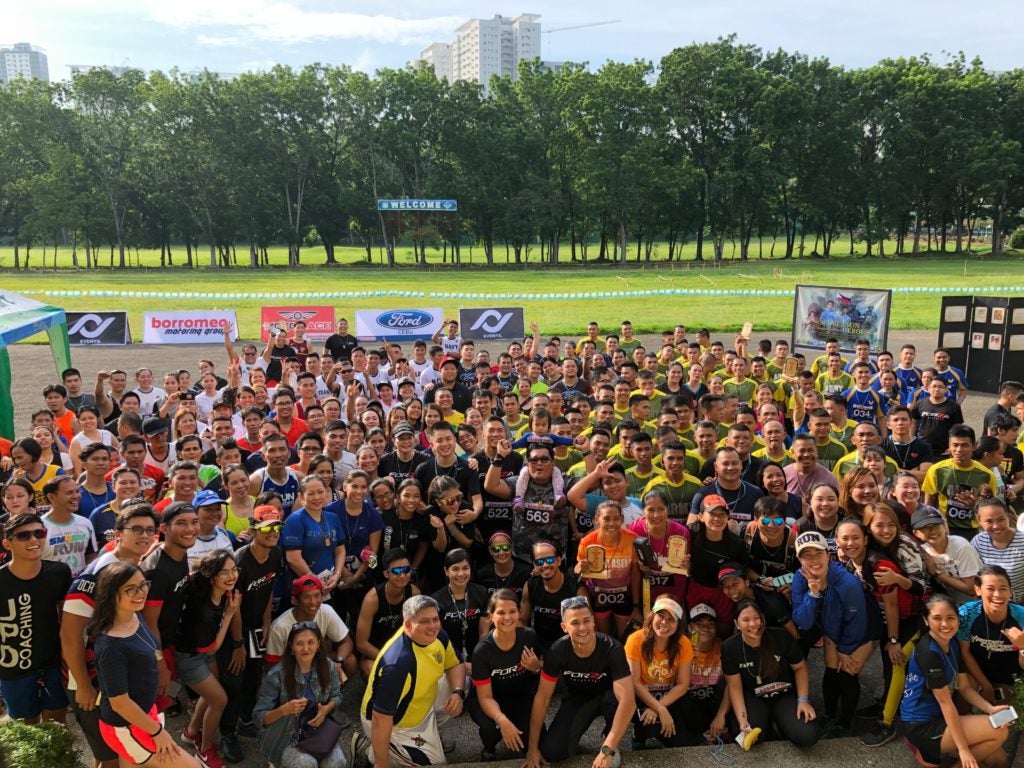 Participants of the Bayani Run pose with organizers after the race at the AFP Central Command, Camp Lapu-Lapu, Lahug, Cebu City. | Contributed Photo

CEBU CITY, Philippines — Ordinary runners and members of the Philippine Army came together for the benefit of the Help Educate and Rear Orphans (HERO) Foundation, Inc. via the Bayani Run presented by the Ford Forza Foundation.

The five-kilometer run which was unique as it was interspersed with an obstacle course was held at the AFP Central Command, Camp Lapu-Lapu in barangay, Lahug, Cebu City, Sunday, August 25, 2019.

The run had the usual male and female divisions, but Race Director John Philip Dueñas also added a new category—the tandem which had runners pairing up with the Philippine Army.

Ruling the tandem run was the pair of Darwin Tabal and Sergeant Eugene Delposo who combined for 23 minutes and 31 seconds (23:31) to clinch the title.

Tabal is a cousin of Cebu Olympian Mary Joy Tabal and has been slowly making a name for himself also in long distance running.

Placing second was the duo of Rachel Cobido and Lineil Ryan Purpura, who clocked 27:35, while third place was copped by the tandem of Kota Kotde and Wiljun Neri who crossed the finish line with a time of 29:06.

Villanueva clocked 20:26 to rule the male division while Tumulak had a time of 29:43 to cop the female title.

Finishing second to Tumulak was Frenalyn Gozar who crossed the finish line at 31:08 and at third was Cherie Lee Apiag with 31:13.|dbs