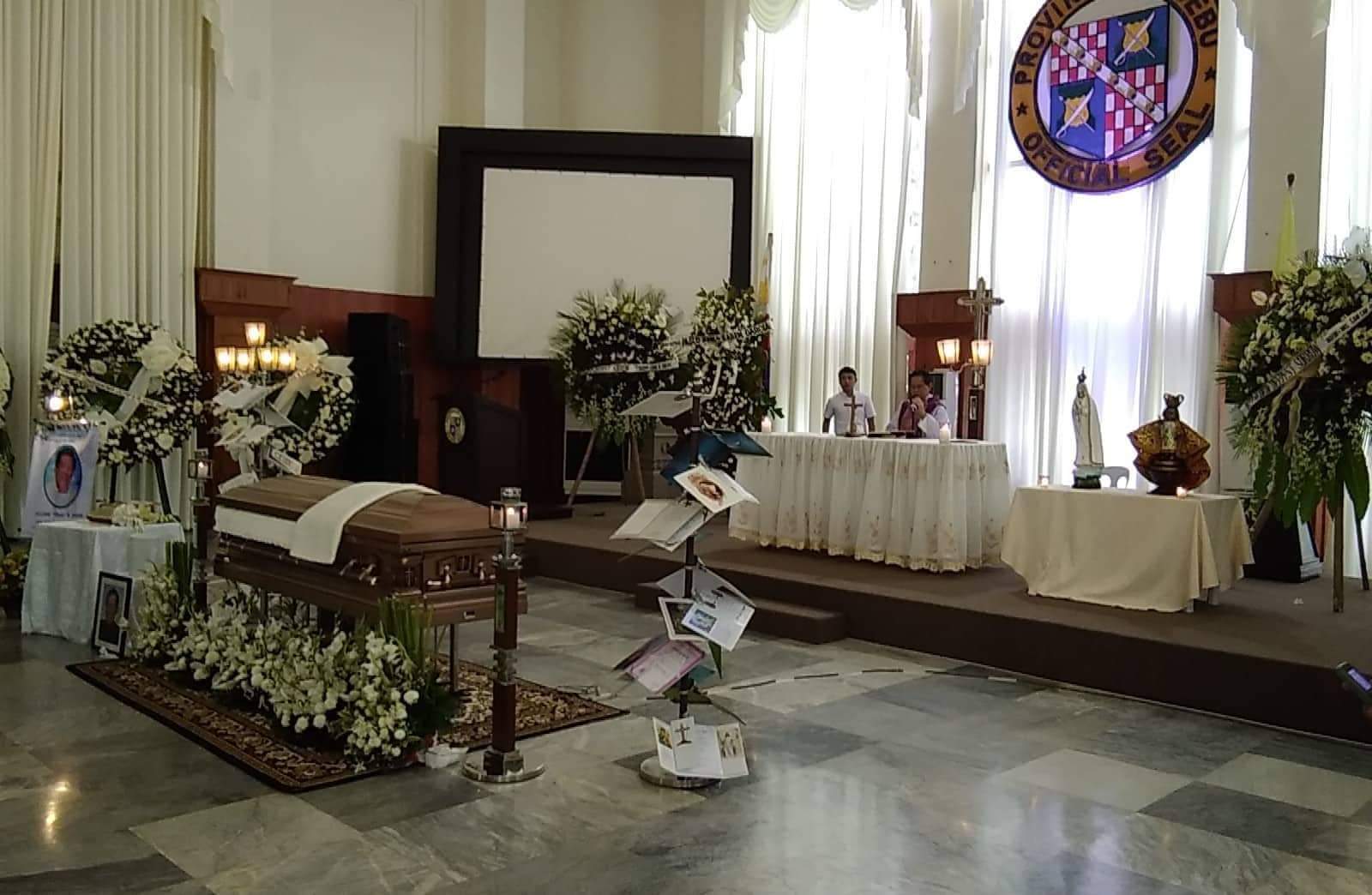 Daan’s wife, Yolanda Daan, who also sits as Cebu Provincial Board Member, is also present in the service.

Based on the program, Governor Garcia will lead the casket flag draping and deliver a eulogy.

Vice Governor Davide, who sits as presiding officer of the 15th Sangguniang Panlalawigan of Cebu, will read and present the resolution of condolence to the bereaved family of Daan.

Both Corominas-Toribio and Soco are listed to deliver eulogies in honor of Daan.  / celr