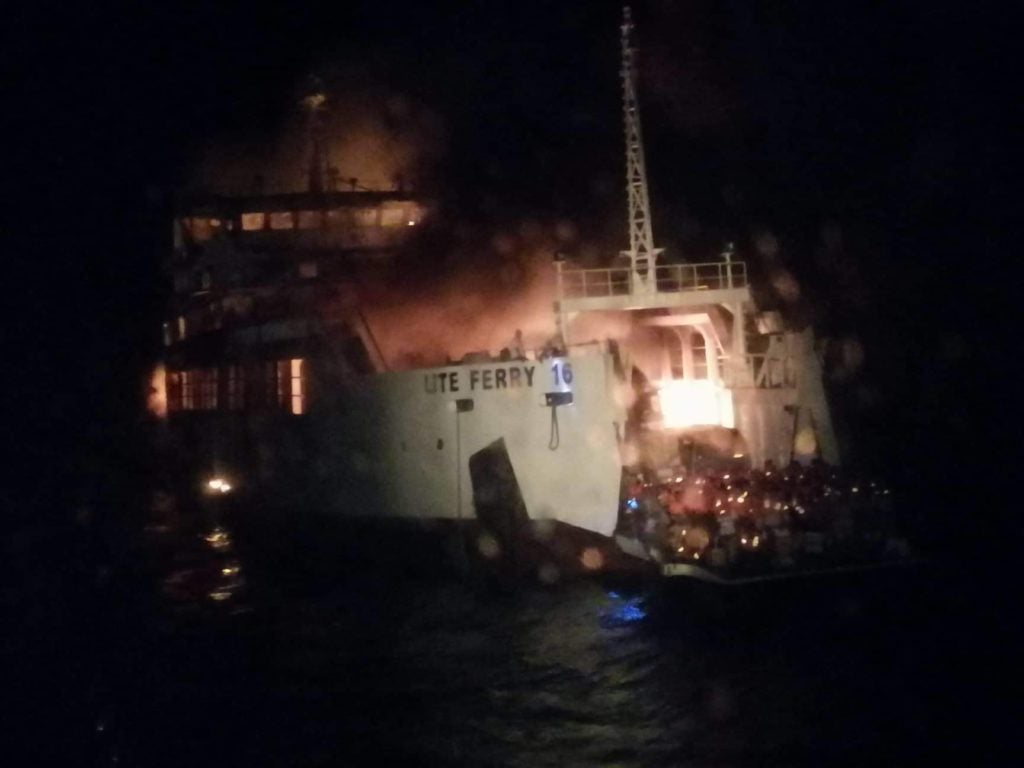 Lite Ferry 16 catches fire in this photo taken past 1 a.m. Wednesday, Aug. 28, 2019, by Allan Barredo,  a passenger  on a passing ship involved in the rescue operation. |Photo contributed by Allan Barredo

CEBU CITY, Philippines —Two persons were confirmed to have perished in the a fire that engulfed Lite Ferry 16 in the seas off Dapitan City at dawn on Wednesday, August 28, 2019.

The casualties in the ferry fire were a 60-year-old and a one-year-old child, according to Jair Amil, of the City Disaster Risk Reduction Management Office (CDRRMO) of Dapitan.

Their identities have yet to be released or the cause of their death.

Amil, speaking to CDN Digital in an online interview, said at least 110 passengers have been rescued from the burning ship as of 8:30 a.m. amid reports that many of the passengers jumped into the water when the ferry began to burn.

The search and rescue operation for Lite Ferry 16 was still as of 9:30 a.m. today, he said.

Lite Ferry 16, which left the post of Samboan in southern Cebu at 6 p.m. on Tuesday, August 28, reportedly caught fire past 1 a.m. this morning, August 28, 2019, while it was some 1.5 nautical miles from the port of Dapitan City in Zamboanga del Norte.

One of the rescued passenger, Fred Castro from Kidapawan City, however told CDN Digital in phone interview that the smoke from the vessel started at around 11:30 p.m. of Tuesday and became into a bigger fire past midnight.

He said the passengers have moved to the ramp area of the vessel as it was the last side to burn.

Initial investigation from the reports from the Philippine Coast Guard Dapitan, the fire started in the engine room of the vessel.

In an updated report, PCG Dapitan said there were 136 passengers on board the ferry including 108 adults, 24 children and four infants.

At least 28 rolling cargoes were also boarded on the vessel, the PCG Dapitan report said. /elb