Serena Williams ‘fine’ after ankle scare at US Open 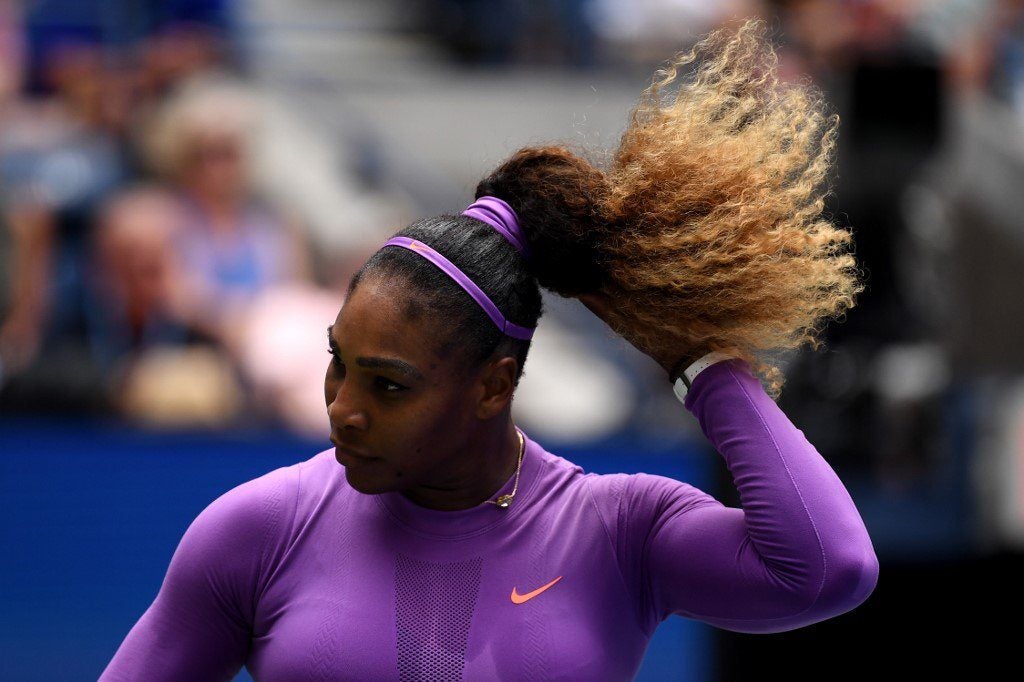 Serena Williams of the United States looks on during her Women’s Singles fourth round match against Petra Martic of Croatia on day seven of the 2019 US Open at the USTA Billie Jean King National Tennis Center on September 01, 2019 in Queens borough of New York City. AFP

NEW YORK — Serena Williams believes she avoided any serious injury after badly rolling her ankle Sunday in a straight-sets win over Petra Martic that sent her through to the US Open quarter-finals.

The main concern for Williams, a six-time US Open champion, in an otherwise routine victory was the state of her right ankle that rolled as she scurried to the net to hit a volley in the second set.

She called for a medical timeout at the next break and had the ankle heavily taped.

“I just wanted to get, like I said, get some compression on it and tape it even stronger and that way I can at least try to finish the match.”

“I usually know if it’s horrible early on,” she added. “I mean, I had a really bad ankle sprain in January. I was like, instantly, ‘No, this can’t happen. I’m finally healthy.’

Her path to a 10th US Open final opened up with the elimination of the top two seeds on her side of the draw, with Wang accounting for French Open champion Ashleigh Barty and 2016 runner-up Karolina Pliskova also losing.

Williams, who has also battled knee and back injuries this season, insists a theoretically easier route to the title won’t change her approach in New York.

“I can’t afford to look at it that way. Every single match I have played, people come and they plan their best,” Williams said.

“The women that I play are not generally playing at this level against other players in the locker room, so for me, I have to be the greatest whether it’s against the second seed, the number one seed, or the 80th player in the world.

Williams won her first Grand Slam title 20 years ago at the US Open, but the eighth seed still feels she has plenty in the tank as she pursues a first major since the 2017 Australian Open.

“I always said I would wake up one day and say, ‘I’m done.’ That day hasn’t come yet for me,” Williams said.

“I’m still playing pretty good tennis. I do look at Roger (Federer), like today, and the guy is incredible.

“His game is shockingly amazing. So there is no reason that he shouldn’t be out there with his ability, and I feel the same way about mine.”

Williams also touched upon the emotional scenes following Saturday’s third round showdown between reigning champion Naomi Osaka and 15-year-old Coco Gauff, in a match she billed as “the future of women’s tennis”.

Osaka, who defeated Williams in a stormy 2018 final overshadowed by a controversial game penalty imposed by chair umpire Carlos Ramos against the US star, consoled Gauff after inflicting a heavy defeat on the teen prodigy.

“I thought it was so sweet and so amazing,” said Williams, who stepped in to try and calm the situation after stadium boos during last year’s trophy ceremony soured Osaka’s shining moment.

“There has been many a time I have been extremely outgoing towards my opponent, because at the end of the day we’re all human and we see each other sometimes more than I see my family.”