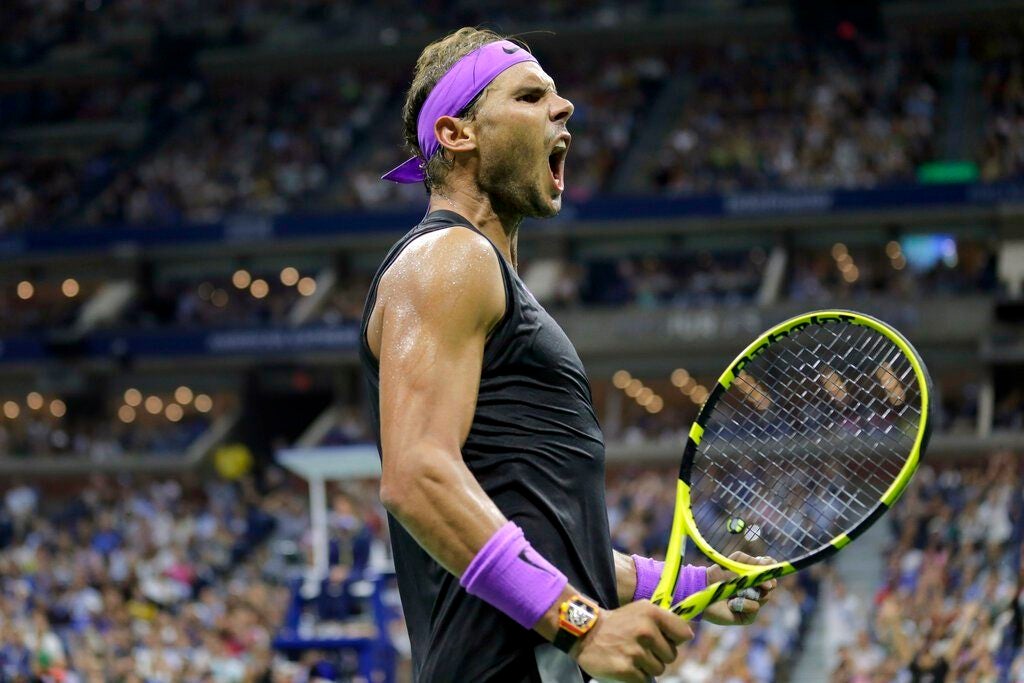 Rafael Nadal, of Spain, reacts after winning a point against Marin Cilic, of Croatia, during the fourth round of the U.S. Open tennis tournament, Monday, Sept. 2, 2019, in New York. (AP Photo/Seth Wenig)

NEW YORK — Rafael Nadal will try to make sure the U.S. Open has one member of the Big Three in the semifinals.

With Roger Federer and Novak Djokovic out of the tournament, Nadal is the only major champion left on the men’s side as he faces No. 20 Diego Schwartzman on Wednesday night.

Nadal, who has won three of his 18 major titles at Flushing Meadows, is playing in his 40th career Grand Slam quarterfinal. He is 7-0 against Schwartzman.

No. 13 Gael Monfils of France and No. 24 Matteo Berrettini meet in the other quarterfinal.

The women’s quarterfinal matchups are No. 13 Belinda Bencic against No. 23 Donna Vekic, and 15th-seeded Bianca Andreescu against No. 25 Elise Mertens. Mertens is the only one of the four who has been beyond this stage of a Grand Slam.

Read Next
Despite stellar showing, CJ Perez blames self for Gilas’ botched chance