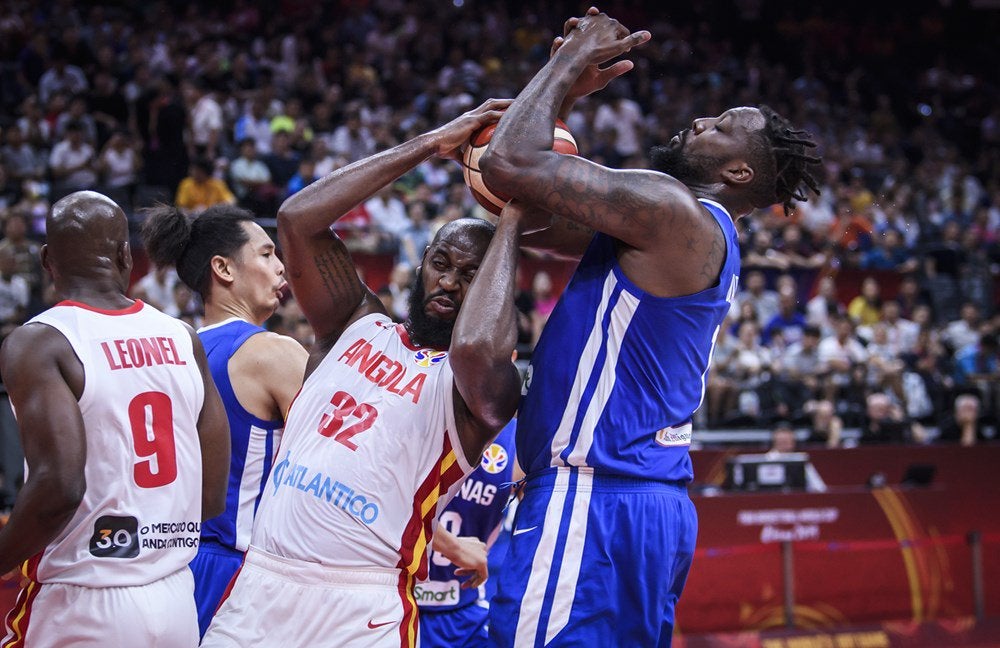 FOSHAN, China—This one stung more than the blowouts. And it’s quite understandable.

Gilas Pilipinas played its finest game yet—one full of heart and fight—but still ended up winless in Group D play in the Fiba World Cup after going down, 84-81, to Angola in overtime that also practically extinguished its outright Olympic dream at Foshan International Sports and Cultural Center here.

The Filipinos rallied from 12 points down near the halfway mark of the fourth but threw away golden chances inside the final 11 seconds of regulation for a third straight defeat, certainly not as bad as the first two but one that hurt the most.

“Sayang talaga (it’s a pity),” CJ Perez, the Gilas rookie who together with Andray Blatche ignited that searing comeback in regulation and forged extension at 73-all, said after his finest game as an international ended with the Filipinos losing.

“This is definitely painful, because the first two games were expected losses,” coach Yeng Guiao said minutes after, as Blatche’s finest game—23 points, 12 rebounds and four steals—was put to naught with the former Brooklyn Net in the NBA not getting a touch inside the final 11 seconds where the Filipinos could have won it in regulation.

Next up for Gilas is a match in the consolation round against either Tunisia or Puerto Rico in Beijing. Iran is also a looming opponent depending on the quotient system after play in those three teams’ group ends Wednesday night.

Valdelicio Joaquim, the big center, led the Angolans with 20 points and seven rebounds.

Blatche finished with 13 of his total at the half as the Filipinos stayed in the fight for the first time in three games after two quarters.

Valdelicio kind of offset Blatche by shooting 11 points and Yanick Moreira, whose frame and looks make his a dead-ringer for the great Kevin Durant, had nine of the Angolans 29 first half rebounds.

The Angolans shot 42% from the field in the first half, making 11-of-22 two-point shots. The only reason they couldn’t break away early from the Filipinos is because of their eight turnovers.

The Filipinos then, started to trail big in the third after committing eight turnovers in the quarter. Gilas lagged behind, 61-49 after two Valdelico free throws with 8:41 to go before rallying to even take a 69-65 lead after a Japeth Aguilar followup slam off a Kiefer Ravena miss.