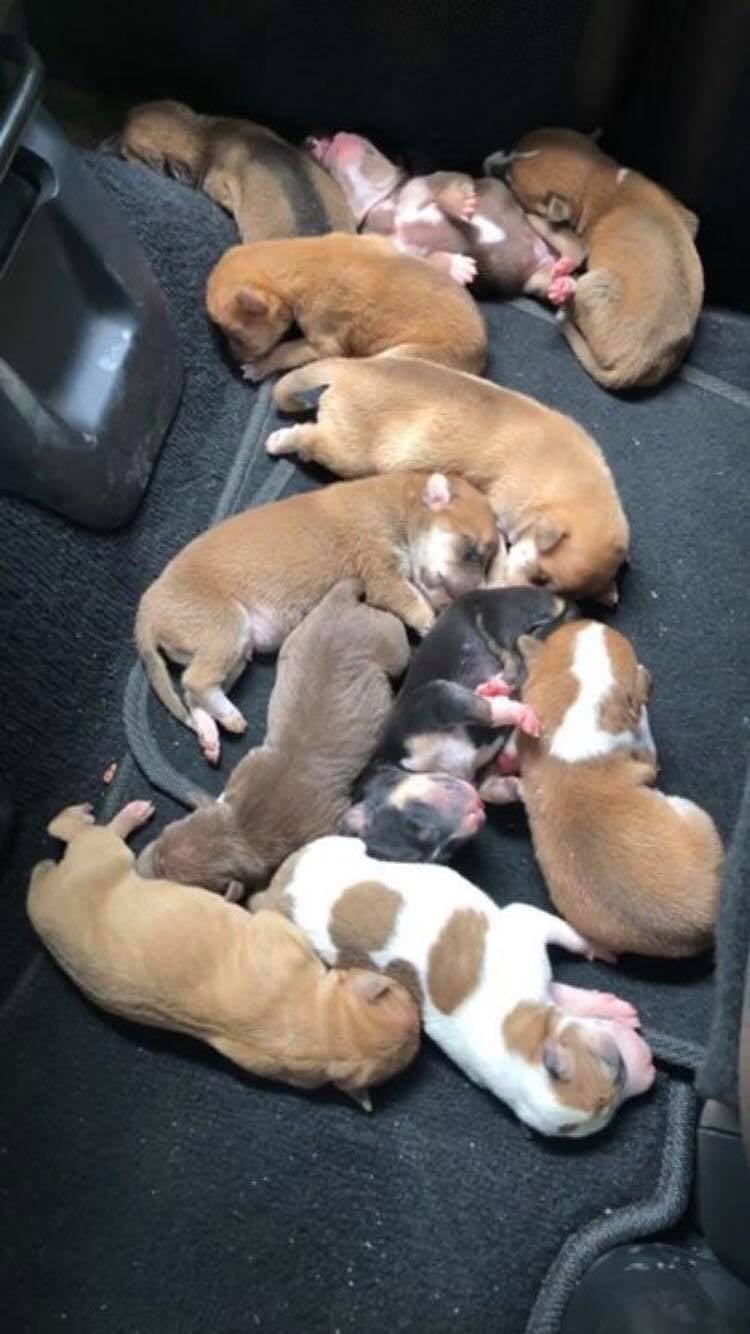 CEBU CITY, Philippines– Many things happen on the road.

Touching and humurous stories are present on the road and even on the streets that make our trip worthwhile.

Say for example the road trip of this housewife, who by accident, played angel to 17 stray puppies.

It was on the morning of September 4, when Syvil Cortes, 37, who was driving a car along the road in Sitio Bogo, Kampo 4, Talisay City in southern Cebu, made a quick restroom break.

“On my way, I was driving slowly to look for a house where I can quickly use the washroom and ended up in that area. Stepping out of my car, I instantly heard cries of puppies. I thought there were just six of them but was surprised to find out more of them inside the sack,” said Cortes, who was then heading home to Barangay Bulacao in Cebu City.

“But then there were more and more cries from the middle and bottom of the hill from the road. The kid who lived there was very kind enough to help me find all the puppies in the bushes. I ended up with 17 of them,” she said.

Cortes said that the first thing that came to her mind then was to help these puppies.

“I couldn’t find it in my conscience to leave those puppies to die so I picked them up, put them in my car, and posted it online to ask those who are willing to help,” she said.

Once she posted it on her Facebook page, she was overwhelmed to receive 200 messages from people asking about the puppies and willing to adopt them.

“The last thing I expected was for this (post) to go trending. There are so many kind-hearted people in Cebu, and even friends I have based in Pampanga (in Central Luzon) contacted me and told me (that) my video has gained 18,000 views,” she said.

The photos of the puppies quickly became viral.

With Cortes’ post, all the puppies were adopted on September 5, just a day after she found the stray puppies.

Well, this sure is another unique story you can find on the road.

To the puppies, Cortes is not just another human, but their lifesaver. /dbs

Read Next
Gealon: Nothing new in content of Osmeña’s petition for declaratory relief