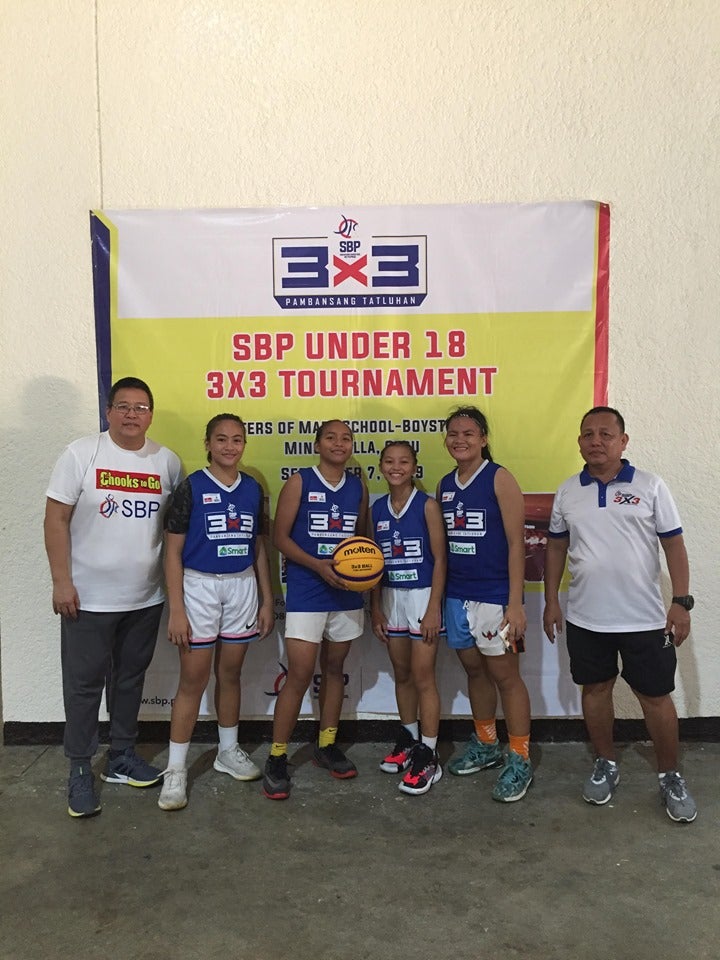 CEBU CITY, Philippines – Team Cebu City that is manned by young girl basketball players coming from the Abellana National School (ANS) will represent Central Visayas in the national finals of the Samahang Basketbol ng Pilipinas (SBP) Under 18 3×3 Pambansang Tatluhan slated from October 29 and 30 in Manila.

This after, Cebu City clinched the Central Visayas girls regional title via a thrilling 14-13 defeat of Carmen A last weekend at the Sisters of Mary School (SMS) Boystown in Tungkop, Minglanilla, a town south of Cebu City.

The teams were at a 13-all deadlock which Maih Earl Archival broke when she went for a strong drive from the right side with just five seconds left to hand Cebu City the title.

It was also Archival who tied the game at 12-all when Carmen A had taken the lead from the start.

Cebu City then took a one-point lead for the first time in the game, 13-12, but Carmen A’s Shan Andrea Sheñagan managed to bring the game back to a tie at 13-all after splitting her two free throws with 10 seconds left.

Archival topscored for Cebu City with nine points, three of which she took beyond the arc. The rest of her teammates are Xaa Daniella Alterado (3), and Maxim Magbanua (2).

Cebu City had swept its elimination games and had a clean 4-0 slate going into the quarterfinals wherein it defeated  Minglanilla B, 11-7. It advanced to the finals with an 18-17 edging of Compre A.

Compre A settled for third place with a 15-13 outsmarting of JNHS-Dumaguete.

Cebu City will be joined in the national finals by boys from the the Asian College of Dumaguete, who thrashed Minglanilla-B, 21-14, with two minutes and 31 seconds left in the finals game. It was the first time that a team from Dumaguete won the regional title.

The finals game was shortened as per rules, the first team to reach 21 points before the end of regulation time will be declared winner.

Settling for third place was SMS-Boystown A that defeated FPA-Dumaguete, 15-10.

Asian College also swept its elimination games, 3-0,  then defeated Naga 1, 12-6, in the round of 16. Then they went on to rout Carmen B, 12-9, in the quarterfinals and advanced to the finals via a 19-15 thrashing of Dumaguete FPA.

Both teams received P10,000 and an all-expenses paid trip to the national finals.