Out on bail drug suspect caught anew with shabu 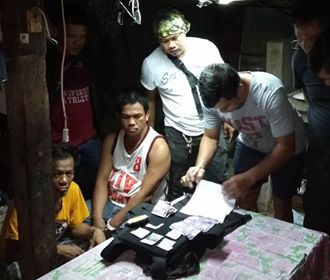 MANDAUE CITY, Cebu – A man out on bail for a drug offense was arrested anew with a companion in a drug bust past 8 p.m. today, September 10, Purok 11, Barangay Bakilid, Mandaue City.

Police identified the arrested persons as Dindo Sacedor, 43, and his cohort Emanuel Binondo, 43, both residents of Barangay Guizo, Mandaue City.

Villacampa said a person previously nabbed in a buy-bust operation in Barangay Looc, Mandaue pointed to Sacedor as his  source of illegal drugs.

Sacedor was caught in a drug operation last year and was out on bail, according to Villacampa. /elb