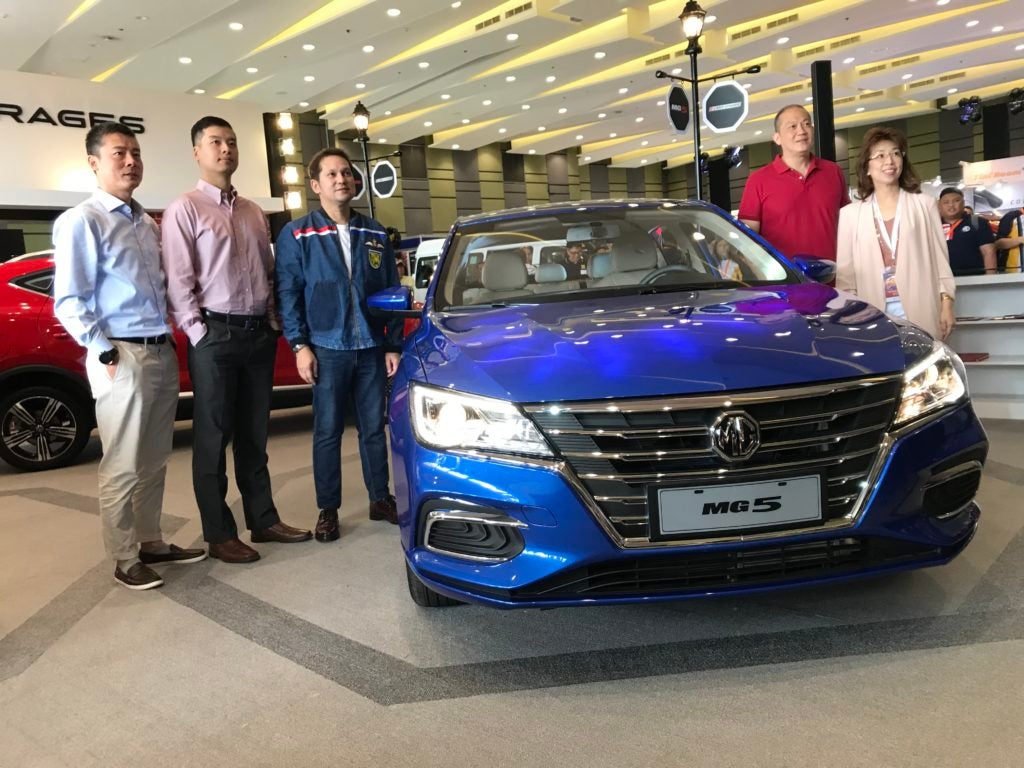 Cebu City, Philippines—There’s a new subcompact sedan in town, and from the looks of it, the vehicle looks very promising for the Philippine market.

The Covenant Car Company, Inc. (TCCCI), together with the Genesis Motors Corporation, launched on Friday, September 13, 2019, the new MG 5 that is expected to stir up the competition in the competitive subcompact sedan category.

The unveiling of the newest member of the MG family was done during the kick off of the 12th Cebu Auto Show at the Skyhall of the SM Seaside City Cebu.

Franklyn Ong, the president and CEO of Genesis Motors Corporation, the exclusive distributor of MG vehicles in Cebu, is optimistic about the MG 5’s chances with the Cebuano market, particularly because it is “priced good.”

“The MG 5  is the best in its class. If you look at the dimensions, it is longer and bigger than the other brands. And the engine is the most powerful,” said Ong.

Ong also believes the entry of the MG 5 can help boost the brand in Cebu.

The MG 5, according to a press release, comes after a string of consecutive product launches that took place during the first 11 months of MG Philippines’ operation under TCCCI.

“After having launched three vehicles in less than a year. we want to keep the momentum going with the launch of yet another brand-new model,” Atty. Alberto B. Arcilla, president and CEO of TCCCI-MG Philippines said in a press release.

“With the introduction of the MG 5, MG Philippines now has a model that will be recognized as an important participant in the packed and highly competitive subcompact sedan segment,” Arcilla added.

The MG 5 is technically a subcompact sedan but its dimensions are better than its competitors, which include the Nissan Almera, the Toyota Vios, and the Honda City. It is the longest at 4,601 mm, widest at 1,788 mm, and has the longest wheelbase at 2,680 mm.

The MG 5 is available in either 5-speed manual or a CVT gearbox with manual mode.

Inside, a legitimate case can be made for the MG 5 being the best-equipped in its class, too. Key features include a user-friendly 10-inch touch screen infotainment head unit that can run both Apple CarPlay and Android Auto; 360-degree vehicle view, and power assisted driver’s seat.

As mentioned by Ong, price is also where the MG 5 stands out.

The all-new MG 5 will be on display together with other MG vehicles such as the RX5, MG6, and ZS at the MG booth at the Cebu Auto Show. It will also be available at the MG Cebu dealership along AS Fortuna Street in Mandaue City.

Here are more photos of the MG 5: 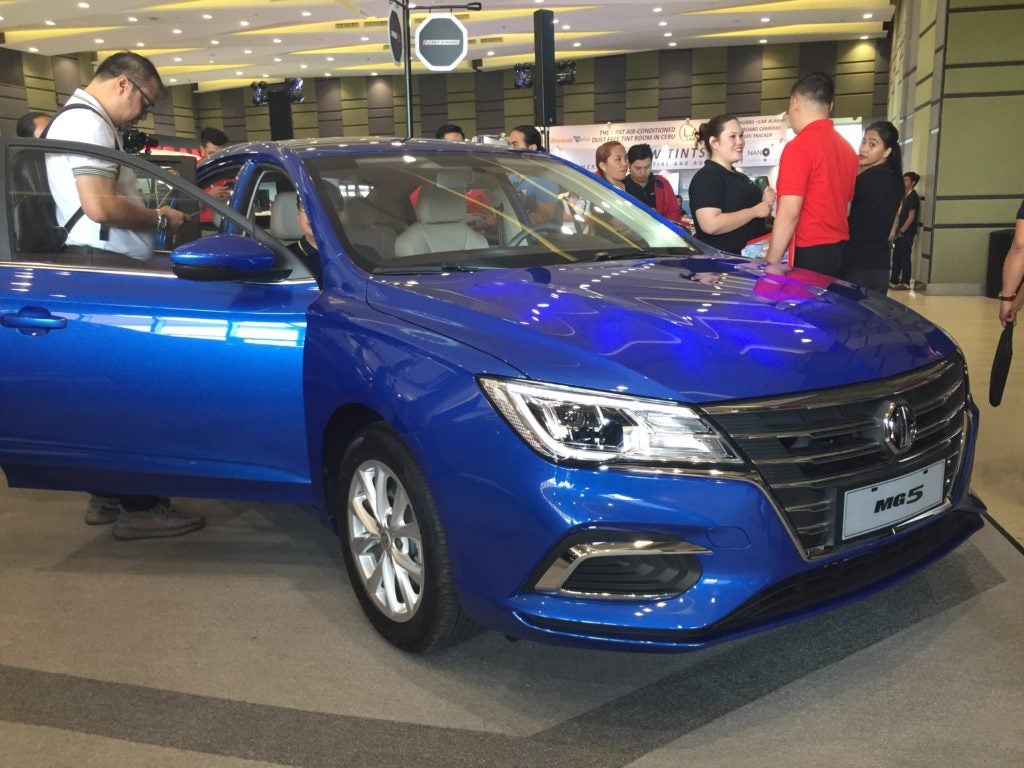 Spectators check out the MG 5 during its Philippine launch at the Cebu Auto Show on September 13, 2019. CDN Digital photo | Brian J. Ochoa 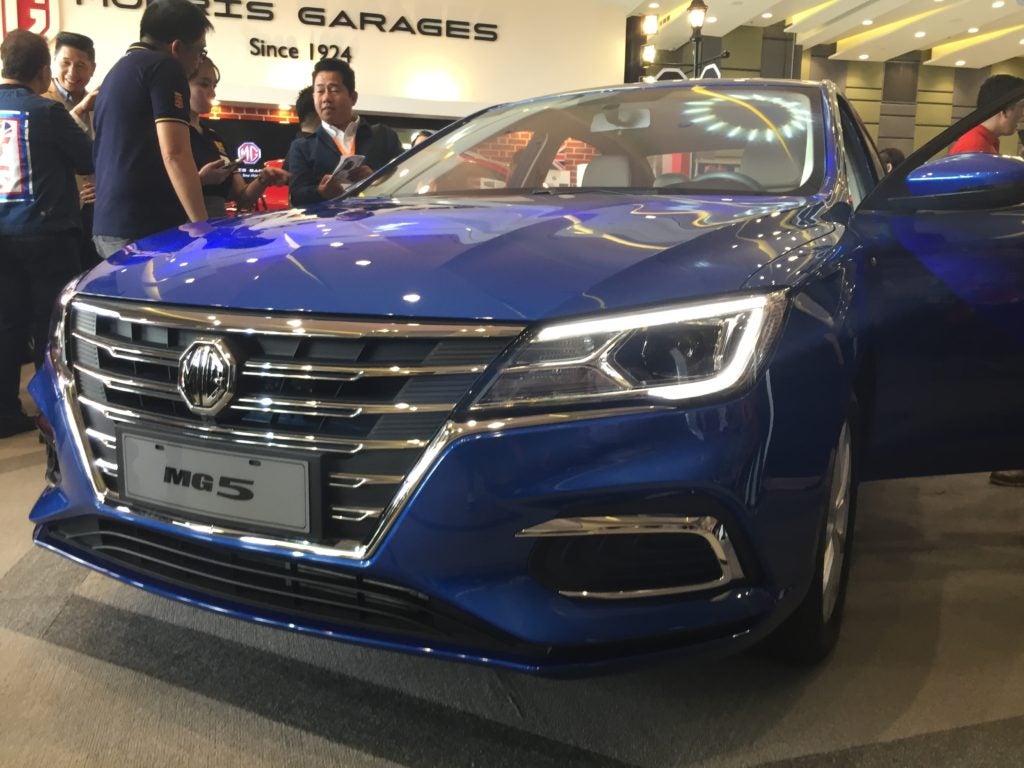 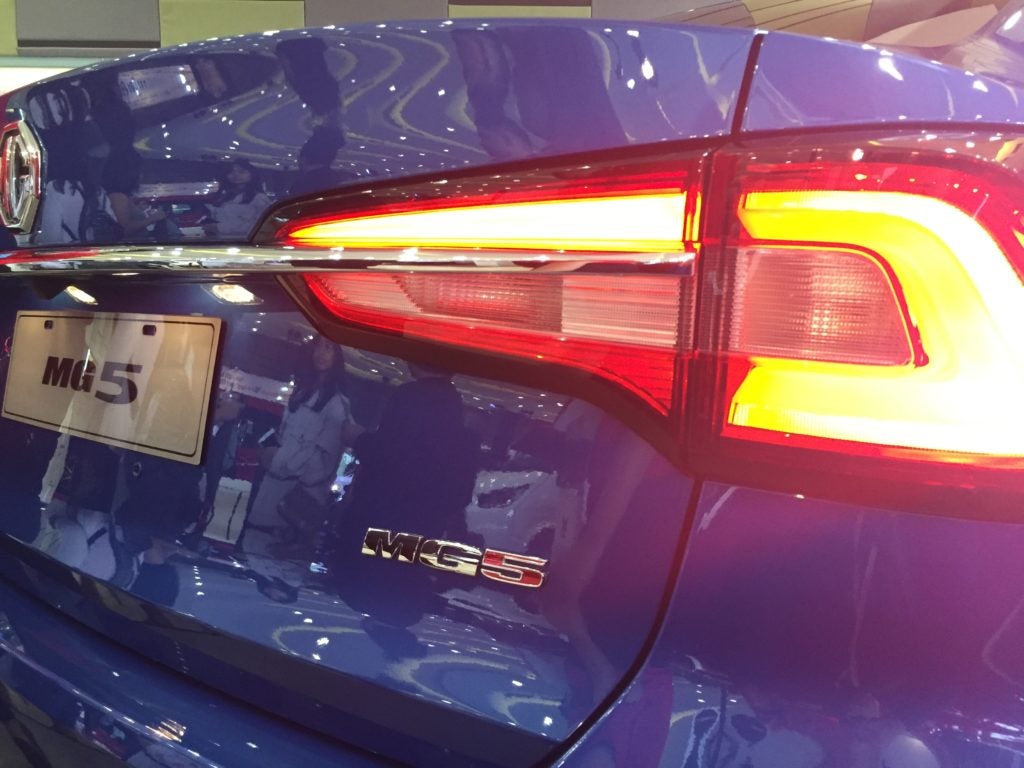 The rear taillights of the MG 5, which was launched at the Cebu Auto Show on September 13, 2019. CDN Digital photo | Brian J. Ochoa 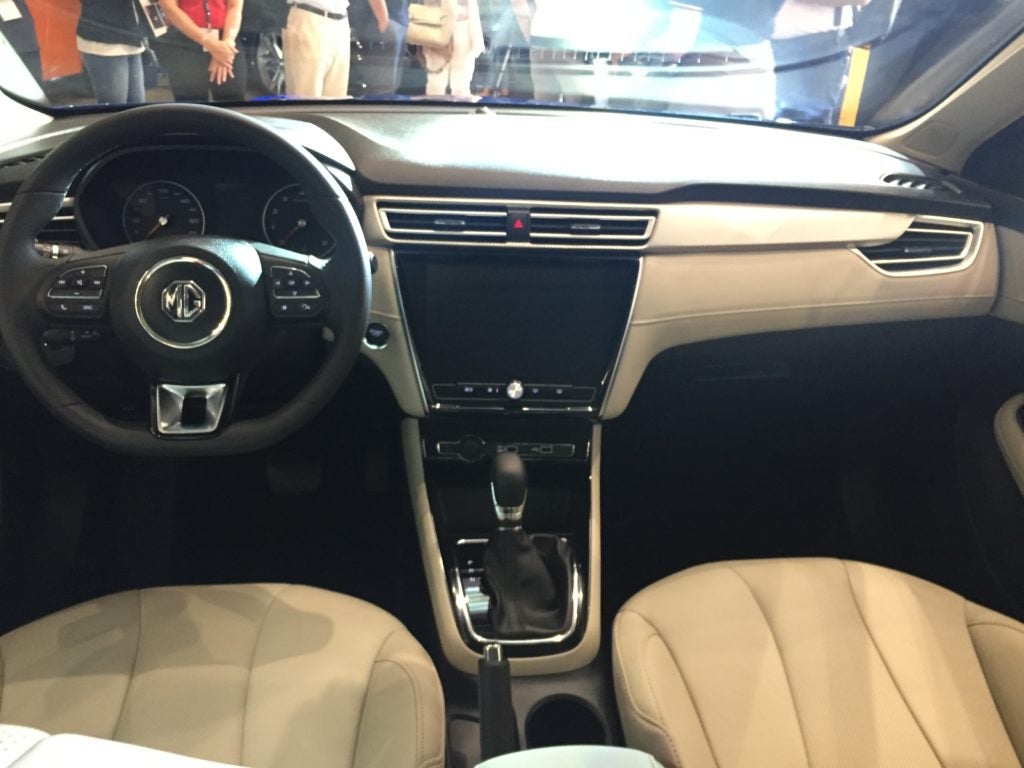 A view of the cabin of the MG 5 during its Philippine launch at the Cebu Auto Show on September 13, 2019. CDN Digital photo | Brian J. Ochoa 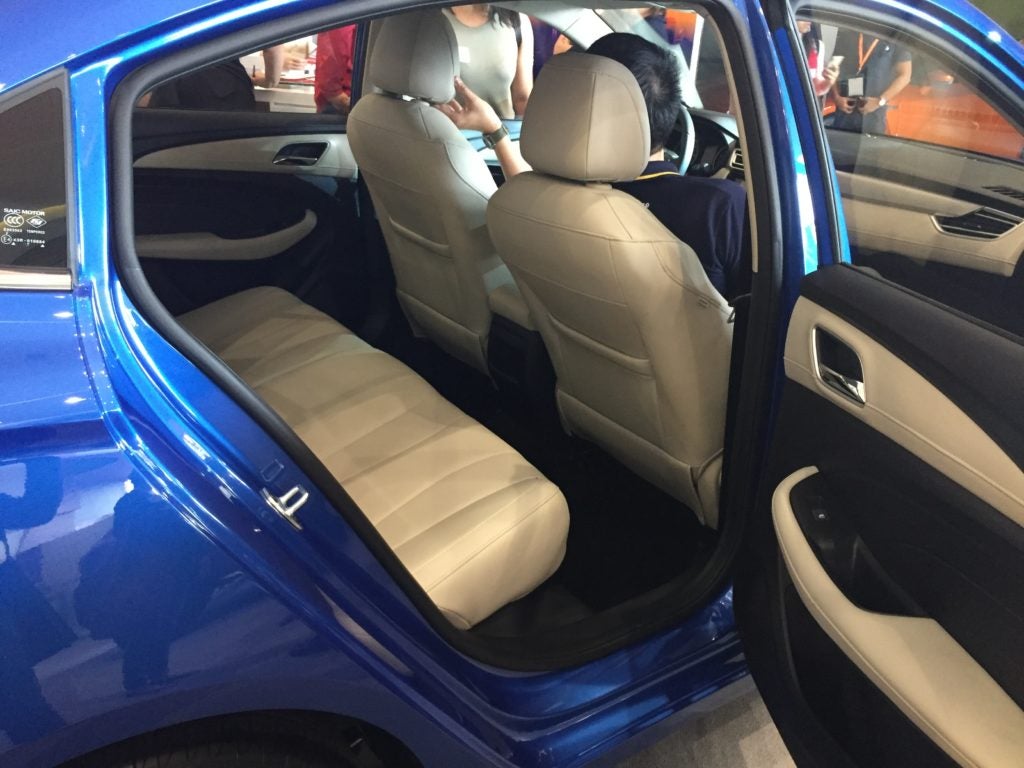 A look at the rear passenger space of the MG 5 during its Philippine launch at the Cebu Auto Show on September 13, 2019. CDN Digital photo | Brian J. Ochoa 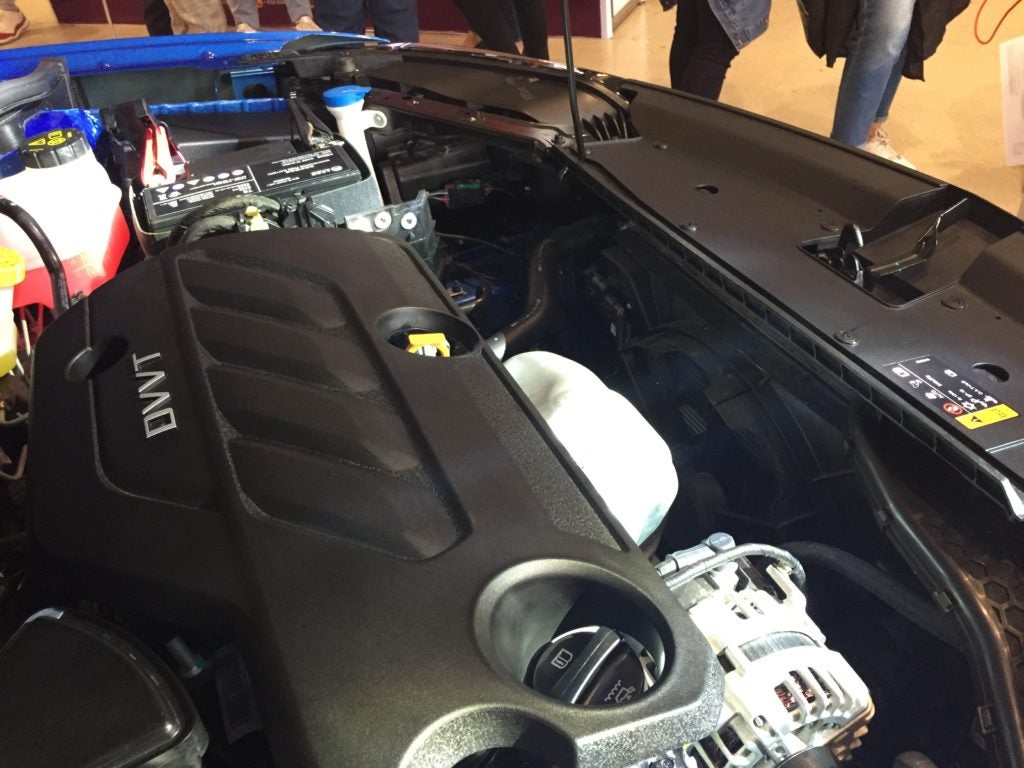