SAN DIEGO – President Donald Trump is capping a three-day trip to the West with a visit to the border wall in San Diego, where he is showing reporters details of the ongoing construction. 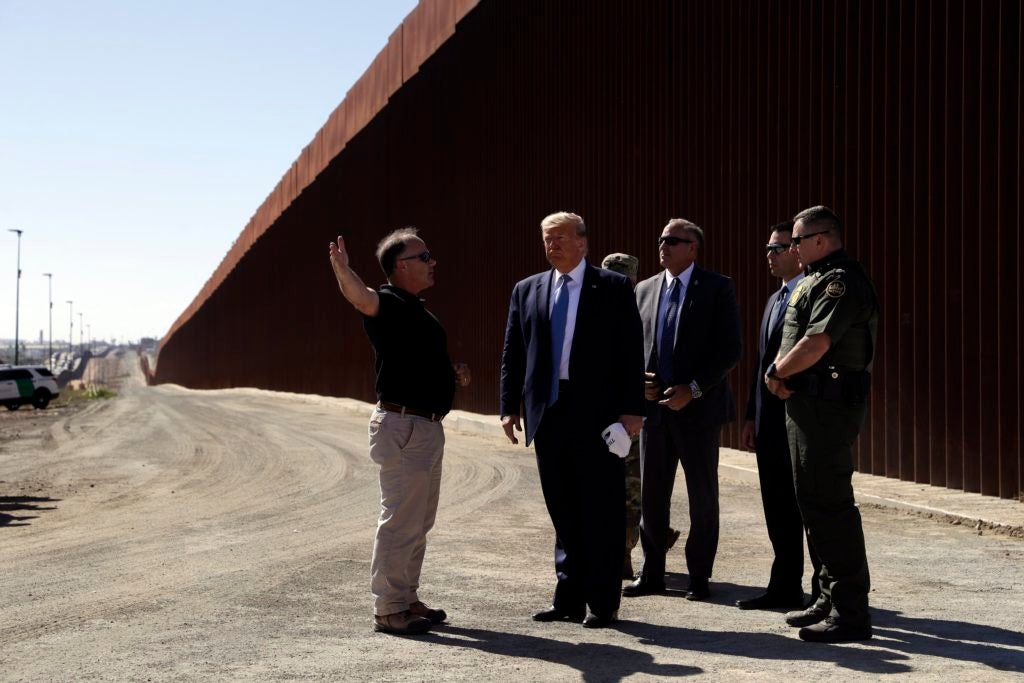 Trump calls it “an amazing project.”

Trump is riding a string of wins on the wall and on immigration. Arrests on the Mexican border arrests plunged well beyond the usual summer dip in August.

Last week, the Supreme Court gave Trump a green light to deny asylum to anyone who passes through another country on the way to the U.S. border with Mexico without having sought protection in that third country.

At the same site last year Trump saw wall prototypes, which were destroyed to make way for 14 miles (22.4 kilometers) of steel bollards currently under construction. /gsg

Read Next
80% of global swine fever deaths are in PH