Basirgo: Killing of ex-convict was drug-related 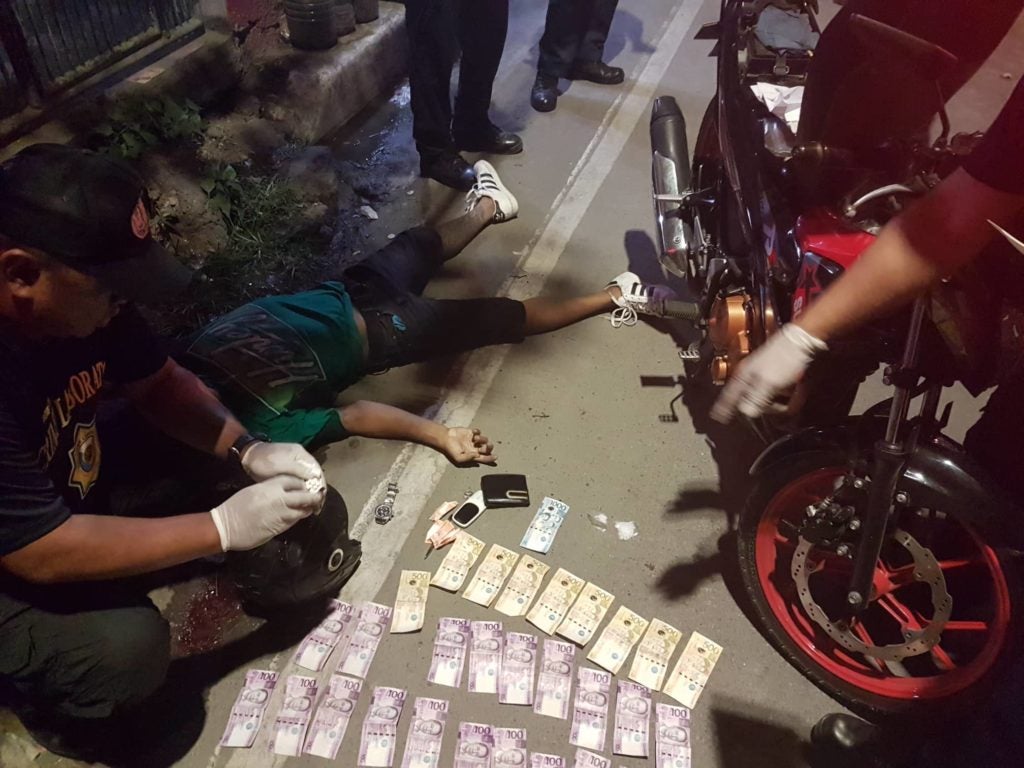 CEBU CITY, Philippines — The killing of an ex-convict along M. J. Cuenco Aveue in Barangay Mabolo, Cebu City late night could be drug-related.

Police Captain Dexter Basirgo, the chief of the Mabolo Police Station, said that Francisco Vinluan, 42, was a known drug peddler in the area.

Vinluan was on board his motorcycle when he was killed by a still unidentified gunman along M. J. Cuenco Avenue in Barangay Mabolo, Tuesday night, September 24.

Vinluan sustained a bullet wound on his head which caused his immediate death.

Read More: Ex-convict gunned down while driving his motorcycle

Responding personnel from the Scene of the Crime Operatives (SOCO), found a small pack of shabu weighing at least eight grams from one of the pockets of Vinluan’s  short pants.  They also recovered cash amounting to at least P7, 000.

Vinluan, was released from detention in July 2019 after spending 14 years in prison for a murder case. He was among those released under the Good Conduct Time Allowance (GCTA) law.

Basirgo said that while Vinluan lives in Liloan town in northern Cebu, he would often visit Barangay Mabolo to sell drugs to buyers in the area.

Mabolo tanods have reported to police the presence of a certain “Kiko” who would sell drugs at the vicinity of the Ayala access road.

Basirgo said that Vinluan was the same person that the tanods were referring to.

His illegal drugs business may be the reason why Vinluan did not surrender to the police during the 15 days ultimatum that President Rodrigo Duterte gave to all convicts released through the GCTA.

(Maybe the reason why he never surrendered was because he never changed his ways.  He was afraid that the police would find out his involvement in the illegal drugs trade.)

Basirgo said that Vinluan was also known troublemaker in their neighborhood. /dcb

Read Next
Angtud resigns from Local School Board; prepares to vacate post at Cebu DepEd office