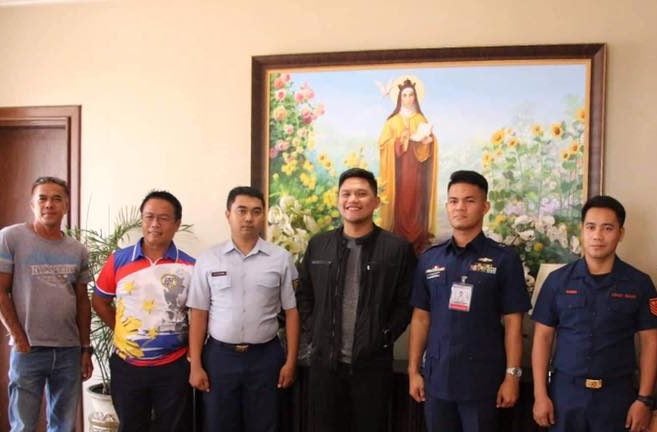 Officials of the Philippine Coast Guard Cebu Station meet with Talisay City Mayor Gerald Anthony Gullas Jr. (fourth from left) for the establishment of the substation in the city. | PHOTO BY TALISAY CITY PIO

CEBU CITY, Philippines — To deter illegal sea activities and facilitate more prompt responses during emergencies, a substation of Philippine Coast Guard (PCG) in Cebu is set to be established in Talisay City in two weeks.

Lieutenant Junior Grade Michael John Encina, the operations officer and spokesperson of the PCG Cebu, told CDN Digital that the establishment of their substation is seen to improve their law enforcement in the area, especially to deter the entry of contrabands like illegal drugs.

“This is one part of the iCare program (Intensified Community Awareness Response and Enforcement), wherein we visit the most strategic communities like Talisay City, considering the fact that it is a coastal community,” Encina said.

“This is also a way to avert maritime lawlessness like transportation of illegal drugs through the seaports,” he added.

On Wednesday, September 25, 2019, Encina met with Talisay City Mayor Gerald Anthony Gullas Jr. to discuss the proposed PCG Talisay Substation, which now only awaits a memorandum of agreement between PCG and the city government before it becomes activated.

Encina said the presence of a substation in Talisay City would also facilitate faster responses in case of sea emergencies.

At present, Talisay City is under the jurisdiction of the Coast Guard station in Cebu City.

Encina said bringing the PCG to Talisay City will also help the maritime industry as they can focus on addressing the concerns of local fishermen and maritime stakeholders in the area.

He also said the PCG may assist the city government should they decide to acquire floating assets. /bmjo