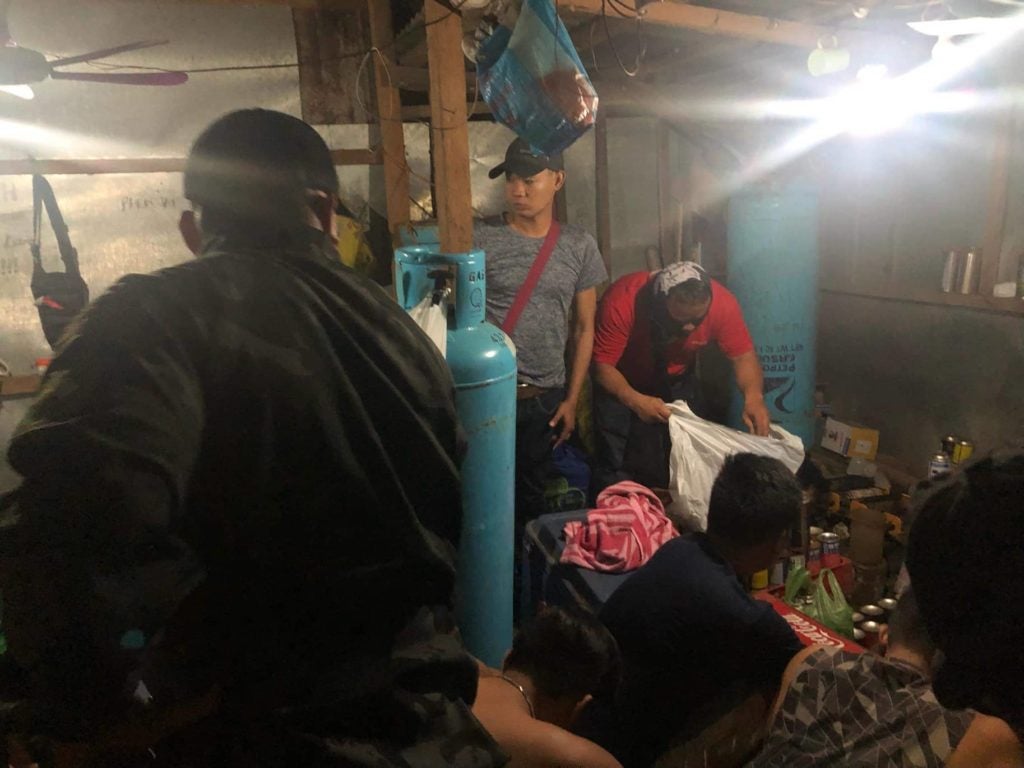 At LPG-Gasol tanks and butane canisters were confiscated by members of the City Mobile Force Company of Lapu-Lapu City Police Office on Friday, September 27. | photos from CMFC LLCPO

Police Lieutenant Colonel Dexter Calacar, head of CMFC, told CDN Digital that they responded to the area after receiving a report from a concerned citizen on Thursday, September 26, about men with LPG tanks renting a house in the area.

Calacar said neighbors were complaining of foul odor coming from the house.

When police responded to the area, they caught the suspects with 16 LPG-gasol tanks,  12 empty tanks and four loaded tanks. There were also 2,900 butane canisters confiscated, 192 of them were filled.

The Torrejas brothers are from Barangay Carbon Cruz, Danao City.

The eight arrested are detained at the LLCPO detention facility. /bmjo