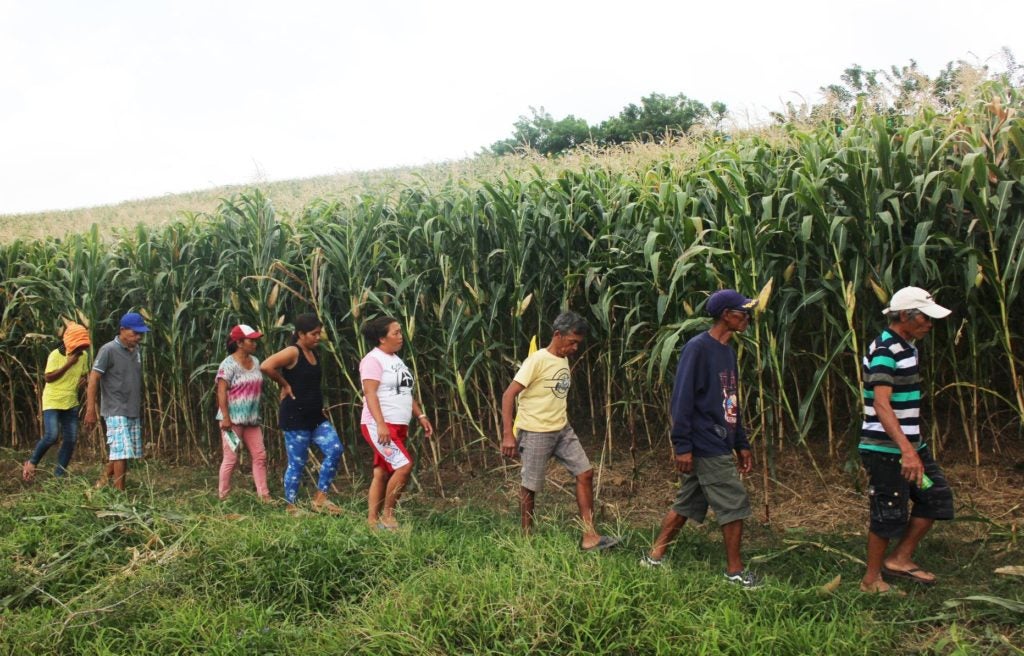 This is a portion of the 3-hectare pilot farm in Barangay Danasan, Danao City, where the corn production in sloping area project is implemented. | photo from DA-7

CEBU CITY—A project on corn production in sloping areas implemented by the Department of Agriculture (DA) in a model farm in Barangay Danasan, Danao City generated an increase in corn yield, according to an article posted on the DA Region 7 Facebook page.

The project was piloted in a 3-hectare model farm in Danasan through the efforts of the Danasan Farmers Association headed by Junrey Batoon.

“We have succeeded despite of the trials that we have faced because of our hardwork and cooperation. We work together not just as a group, a team but as a family who always pray together,” said Batoon, whose mother Bebe Richel Batoon owns the farm where the project was implemented.

The 51-member farmers association also thanked the DA for their support, which helped increase their corn yield.

Norberto Ouano, regional corn coordinator of the DA Regional Field Office-7, disclosed that the corn production in the  pilot area increased to five to six ton per hectare, up from only one to 1.5 tons.

Ouano then lauded the efforts of the  farmers’ association during the conduct of the field day on Sustainable Corn Production in Sloping Areas (SCOPSA) held last September 19, 2019 at Danasan, Danao City.

The SCOPSA is part of the DA-7 corn program that aims to improve and increase the farmers yield even in sloping areas by giving them corn seeds and fertilizer. The program also teaches soil and water conservation to increase their harvest.

The program is a joint effort of the Department of Agriculture Regional Field Office-7, Cebu Provincial Agriculture Office, the Danao City local government, and the Danasan Farmers Association. /bmjo