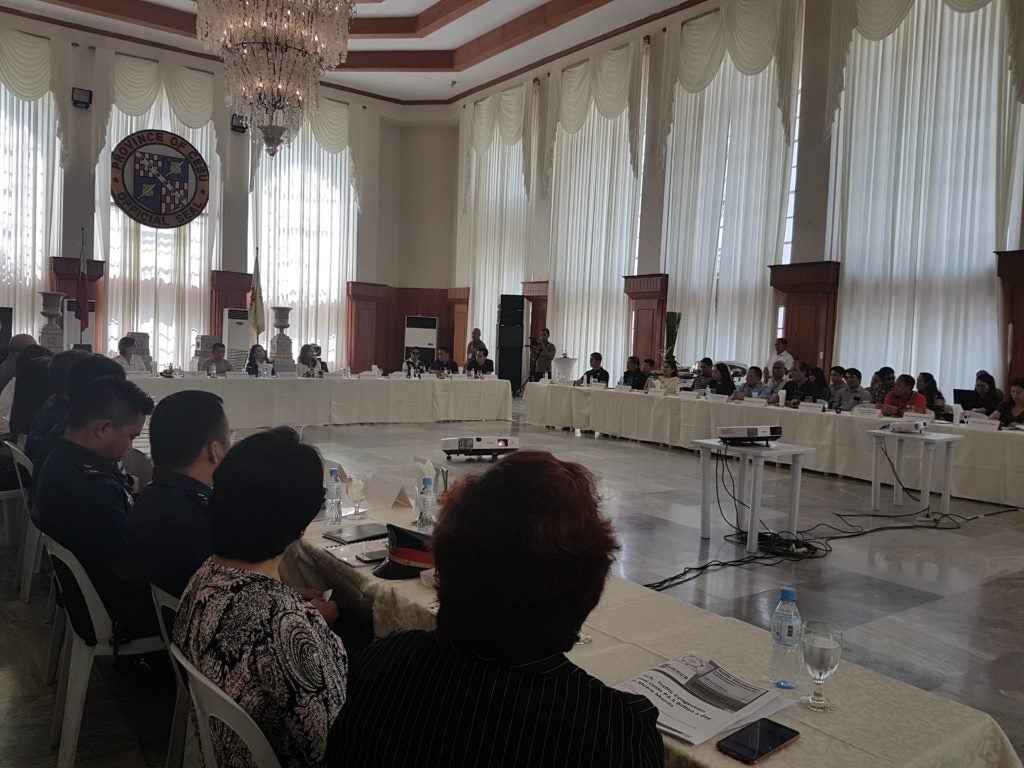 The third quarter meeting of Metro Cebu Development and Coordinating Board (MCDCB)  at Cebu Province Capitol Social Hall at around 1:30 p.m. this afternoon, September 27, 2019

CEBU CITY, Philippines — Cebu Governor Gwendolyn Garcia, who chairs the Metro Cebu Development and Coordinating Board (MCDCB),  did not hold back her dismay over the absence of Edgar Tabacon, the director of the Department of Public Work and Highways in Central Visayas (DPWH-7), during the  third quarter meeting of the board at the Cebu Province Social Hall on Friday, September 27, 2019.

“Extremely disappointing that he is not present today, when all MCDCB members were given proper notice in enough time to schedule this meeting,” said Garcia of the absence of Tabacon.

This comment was made by the governor after she showed dissatisfaction with the presentation of  DPWH-7 representative Engineer Danilo Pasicaran about the agency’s plans and  solutions to the traffic congestion problem in Metro Cebu.

Garcia noted that DPWH-7 was supposed to present its proposal and plan for the u-turn slots as well as the possible roundabouts as the diversion for the congested intersections in Metro Cebu.

However, during Pasicaran’s presentation, he said there was no proposed plan for the suggested roundabouts, even as Garcia noted that it was part of the intersection improvements plan discussed by MCDCB three weeks ago.

“I already told him please tell your engineers to consider the roundabouts of which he was very very enthusiastic,” said Garcia.

Talisay City Mayor Gerald Anthony Gullas Jr., who was present in the meeting, also expressed his disappointment about the absence of Tabacon since he cancelled other meetings to listen for the proposal of DPWH.

Garcia then proposed that the local government units (LGU)  in Cebu should take matters into their hands and start their own planning on where and how to create and integrate their roundabouts area and possible u-turn slots in their respective areas.