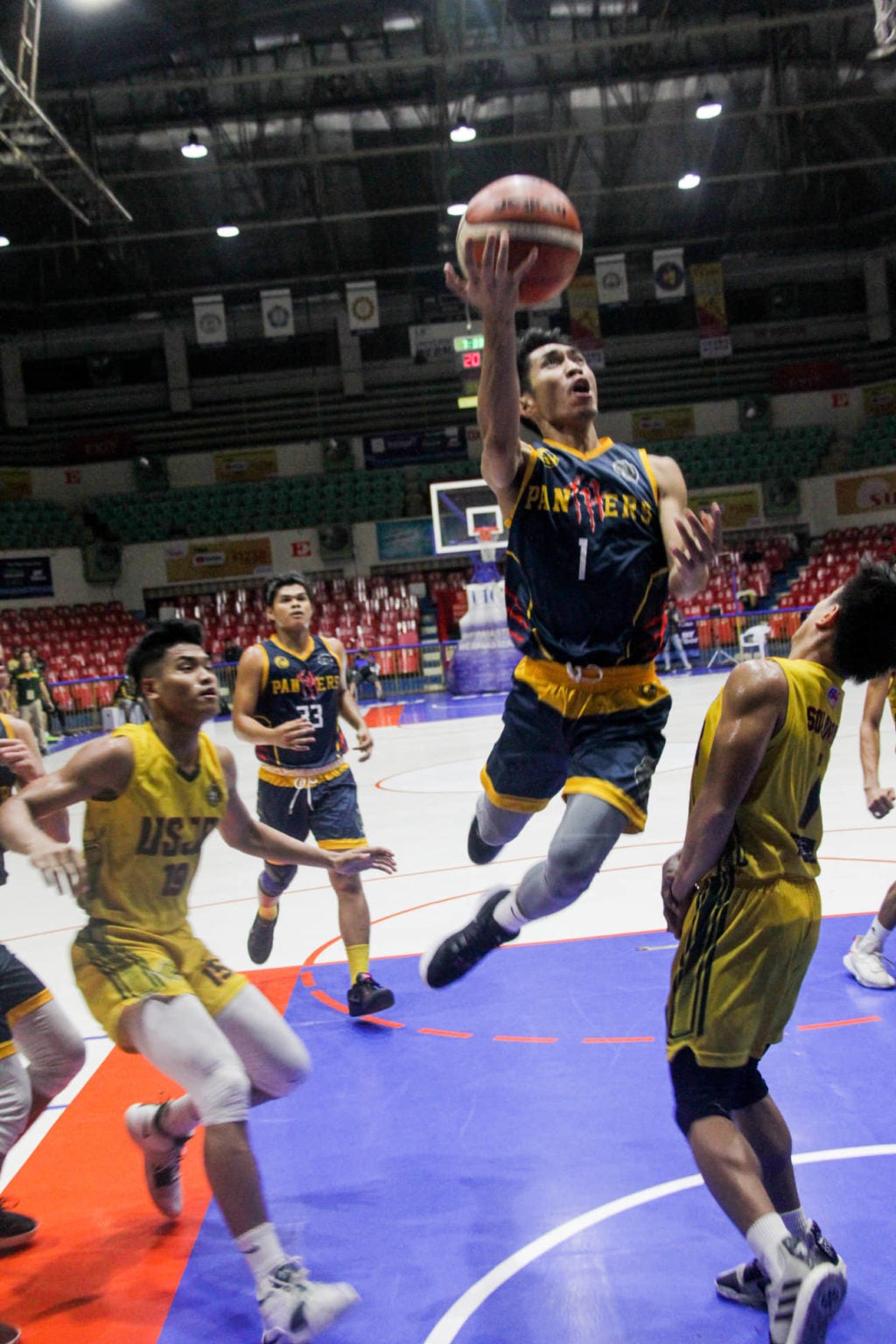 Graggy Sarahina attempts a difficult layup against the USJ – R Jaguars during their regular season game last Saturday, September 28, 2019, at the Cebu Coliseum

Sameen Swint once again top-scored for the Panthers with 27 points including the two treys that gave them an 8-point lead inside the 5-minute extension.

The USPF improved their win-loss record to 3-2 in the College division of the 19th Cesafi Men’s Basketball Tournament.