2 sides scuffle in Hong Kong as day of protests begins 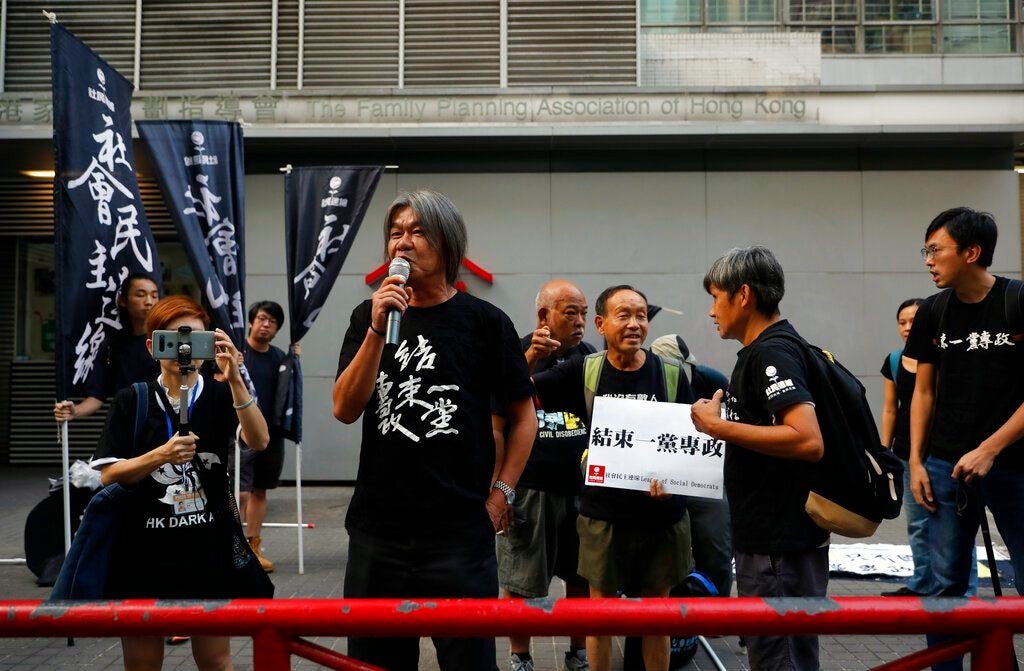 Anti-government protesters gather in Wang Chai district while pro-China supporters are trying to block them, Tuesday, Oct. 1, 2019, in Hong Kong, before the celebration of the People’s Republic’s 70th anniversary taking place in Beijing.  (AP)

HONG KONG — Pro-Beijing protesters have scuffled briefly with a small group of pro-democracy protesters in Hong Kong as the latter began to march on the 70th anniversary of the founding of communist China.

The 7:30 a.m. march Tuesday was the start of what is expected to be a day of protests in the semiautonomous Chinese city.

The protesters marched as the government was holding an annual ceremony to mark the anniversary of Communist Party rule.

Police lined up to try to keep the two groups apart, but some minor scuffles ensued. Two pro-Beijing protesters were arrested.

The Hong Kong protests come as China prepares to mark the anniversary in Beijing with a major military parade and festivities.

Read Next
Ampalaya: Bitter but better