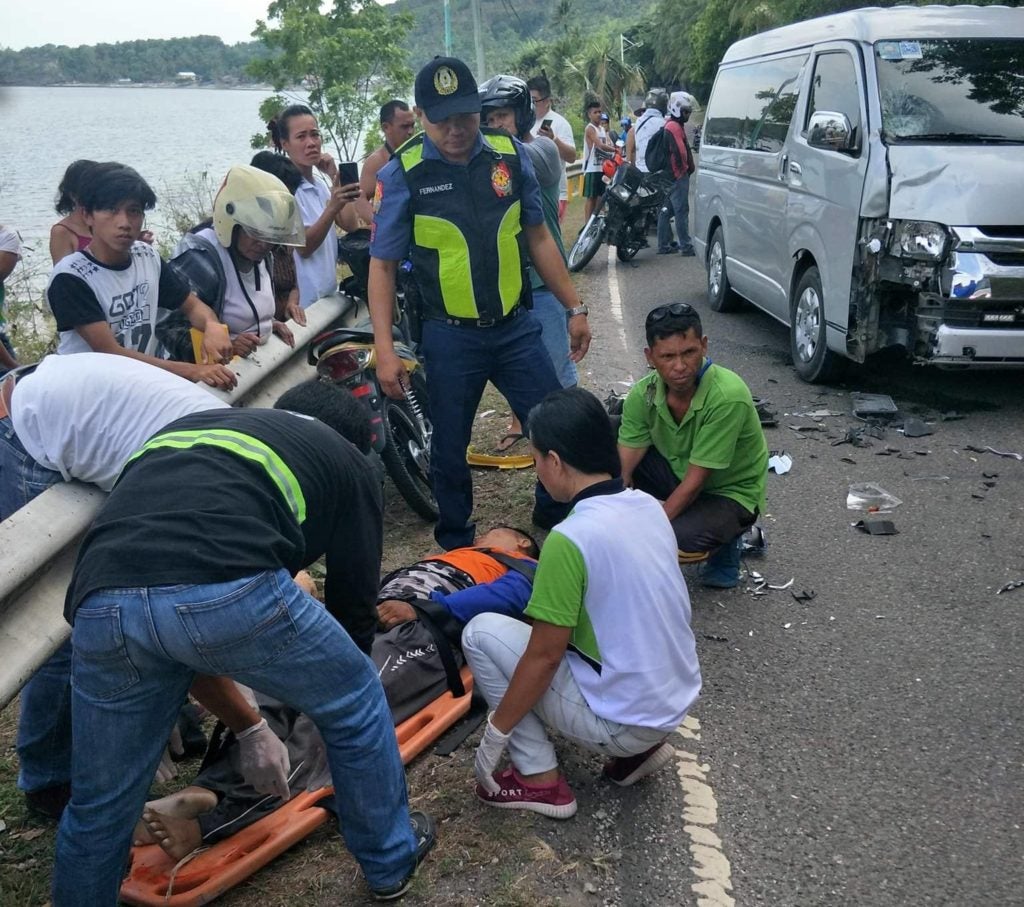 CEBU CITY, Philippines — A man died after the motorcycle he was driving collided head-on  with a tourist van at around 2:30 p.m. on Frtiday, October 4, 2019, along Sitio Tinawgan, Barangay Granada, Boljoon town, southern Cebu.

Based on initial investigation, Carbo said the victim was heading south when he overtook a vehicle ahead of him. In doing so, he crashed into the oncoming van that was heading north.

Carbo said Villamor was thrown off his motorcycle after impact and landed hard on the ground, sustaining head injuries.

Villamor was rushed to the Oslob District Hospital but was declared dead on arrival by an attending physician.

The van that was driven by Ramil Suson Cabago, 46 years old from Barangay Basak, Mandaue City, was carrying ten Korean Nationals who were all heading back to Cebu City from a tour.

No one from the van was reported to have sustained injuries.

Cabago is currently detained at the Boljoon police station while a case of reckless imprudence resulting in homicide is being prepared. /bmjo