After huge win vs. Cobras, Wildcats to face Webmasters in Saturday’s game 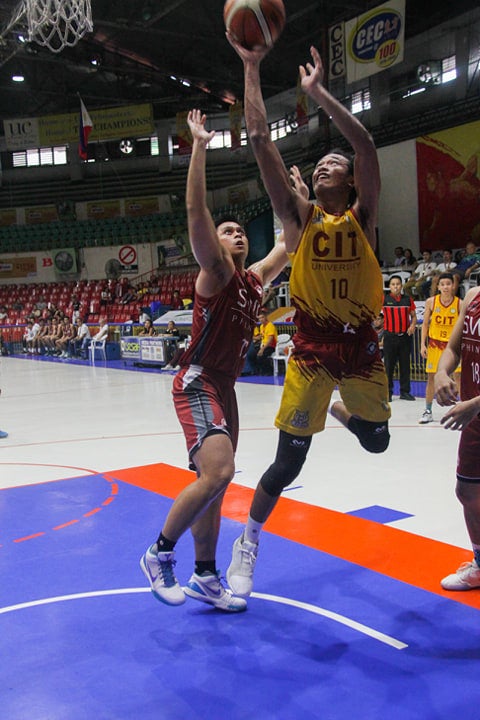 CEBU CITY, Philippines – The Cebu Institute of Technology University (CIT-U) Wildcats will try to avoid settling for the bottom rung as they face University of Cebu (UC) Webmasters.

This will be both teams’ last game in the first round of the college division in the ongoing 19th Cesafi Men’s Basketball Tournament.

Although it was, so far, their first win this season, it was a big one as the Cobras have been toted as one of the strong contenders having led the tournament early in the season.

UC, for its part, hopes to even its win-loss record and get a share of the third spot with the University of Southern Philippines Foundation (USPF) Panthers.

The Panthers, on the other hand, hope to improve their 3-3 record when they open the second round against cellar dweller University of San Jose (USJ-R) Jaguars, who in the first round only manage one win in six games.

Prior to the two collegiate games, the CIT-U Baby Wildcats will go up against USPF Baby Panthers while the USJ-R baby Jaguars will face the UCLM.

The Baby Wildcats hope to add to their 1-3 record and improve their ninth place standing while the Baby Panthers hope to get back on the second spot and better their 4-2 card.

UCLM and USJ-R hope to finally post their first win as they remain to be the only teams who have yet to barge into the win column. / dcb

Read Next
Pinamungajan farmer jailed for trying to kill neighbor