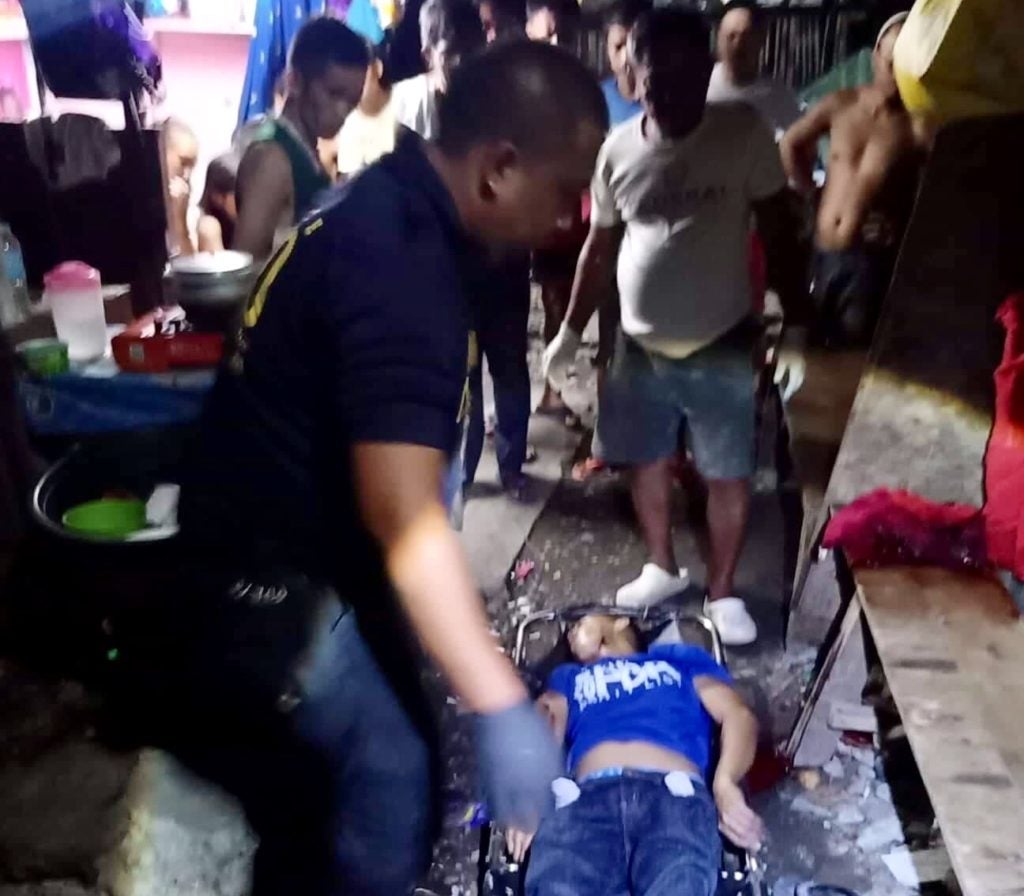 A member of the Scene of the Crime Operatives transfers the body of Alan Lequin to a stretcher. Lequin was shot dead by a still unidentified gunman while sleeping along an alley outside his house in Ibabao-Estancia, Mandaue City on Tuesday early morning, October 8, 2019. CDN Digital photo | Norman Mendoza

Mandaue City, Cebu—A 38-year-old man died on the spot after he was shot by a still unidentified man in the early hours of Tuesday, October 8, 2019, in Sitio Sapa-Sapa, Barangay Ibabao-Estancia, Mandaue City.

The victim was identified by the police as Alan Lequin, a laborer who resides in the area where he was shot. He succumbed to gunshot wounds to the left side of his jaw.

Police Staff Sargeant Christian Avila of the Centro Police Station (Station 1) said that the victim’s step father, Rene Cabahug, told them he was sleeping next to the victim on a wooden bench beside an alley outside their house when he was awaken by gunfire.

Cabahug said he saw the gunman without any covering on his face before the suspect fled the scene on foot immediately after the shooting.

However, Cabahug could not identify the suspect.

Some witnesses say that the gunman boarded a waiting motorcycle along G. Ouano extension and left immediately.

Cabahug said Lequin could have been a victim of mistaken identity since he didn’t know of any trouble his stepson has gotten involved with.

Police found three spent shells of .45 caliber pistol at the crime scene. They are still conducting further investigation to determine the real motive of the killing and the possible identity of the persons responsible for Lequin’s  death. /bmjo