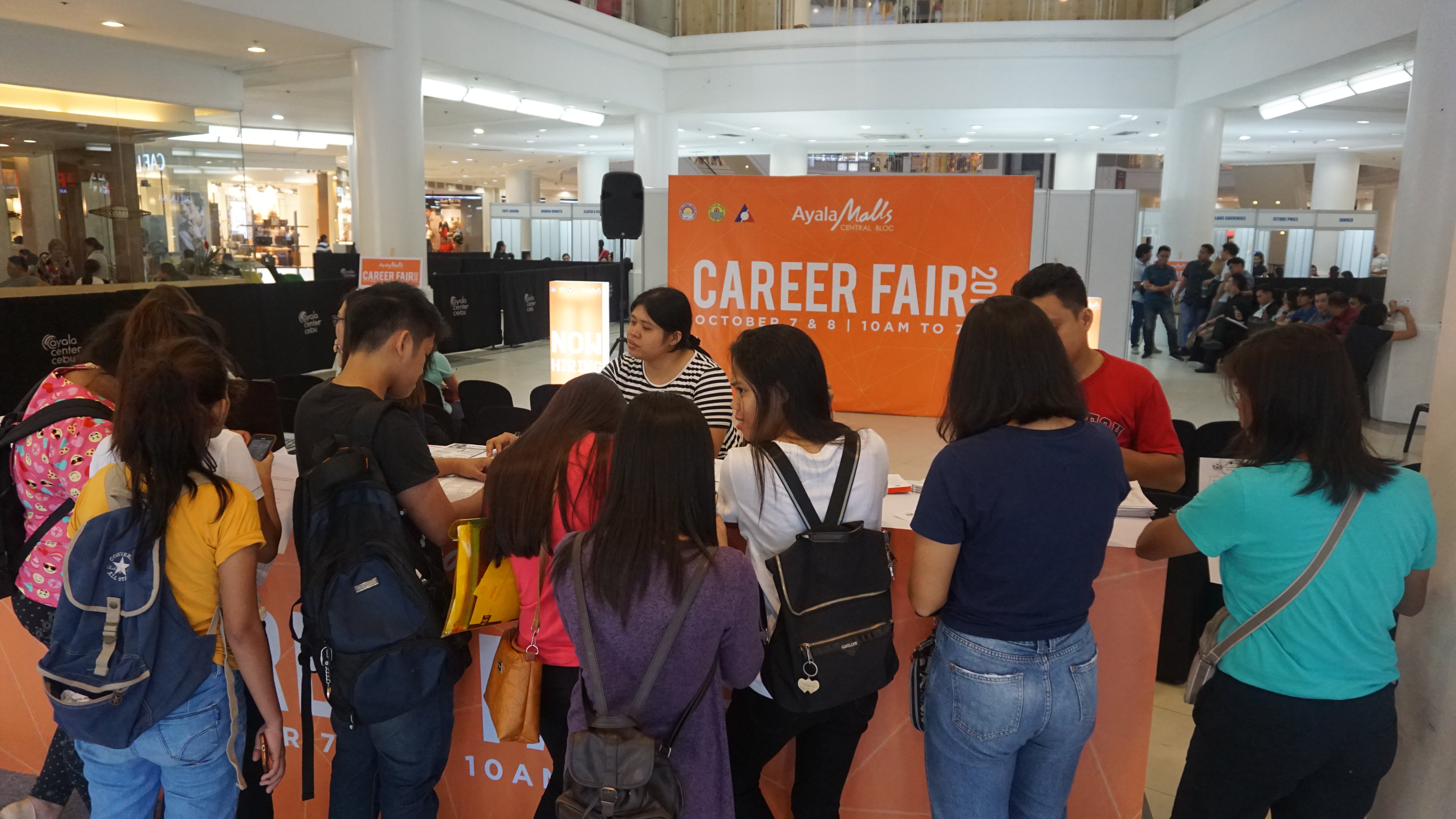 Close to a thousand applicants attended the first day of Ayala Malls Central Bloc’s Career Fair 2019 held at the Activity Center of Ayala Center Cebu on Monday, October 7, 2019, from 10 a.m. to 7 p.m.

The Career Fair 2019 is done in preparation for the expected opening of the mall later this year. This fair is proof of Ayala Malls’ commitment to providing jobs to the community.

Ayala Malls Central Bloc sits on a 45,000-hectare area. It has two office towers on top of the mall, and a hotel.

One of the office buildings will be launched together with the mall while the other tower is still under construction.

Ayala Land’s SEDA Hotel will have 214 rooms and is also expected to open by the first quarter of 2020.

Aside from local and international retail brands, the mall will also have a chapel, a food court, cinemas with reclining seats, casual bowling and a fashion walk highlighting start-up businesses.

There will be three floors of basement parking that can cater 1,500 vehicles

Their malls will also be adjusted for the working population of the area. Anyone can chill, dine and shop at the mall from 11 a.m. to 11 p.m.

The career fair was  organized together with the Public Employment Service Office and the Department of Labor and Employment.

The last day of the career fair is on Tuesday, October 8. Ayala Malls is still expecting an increase of job seekers compared to their first day. /bmjo