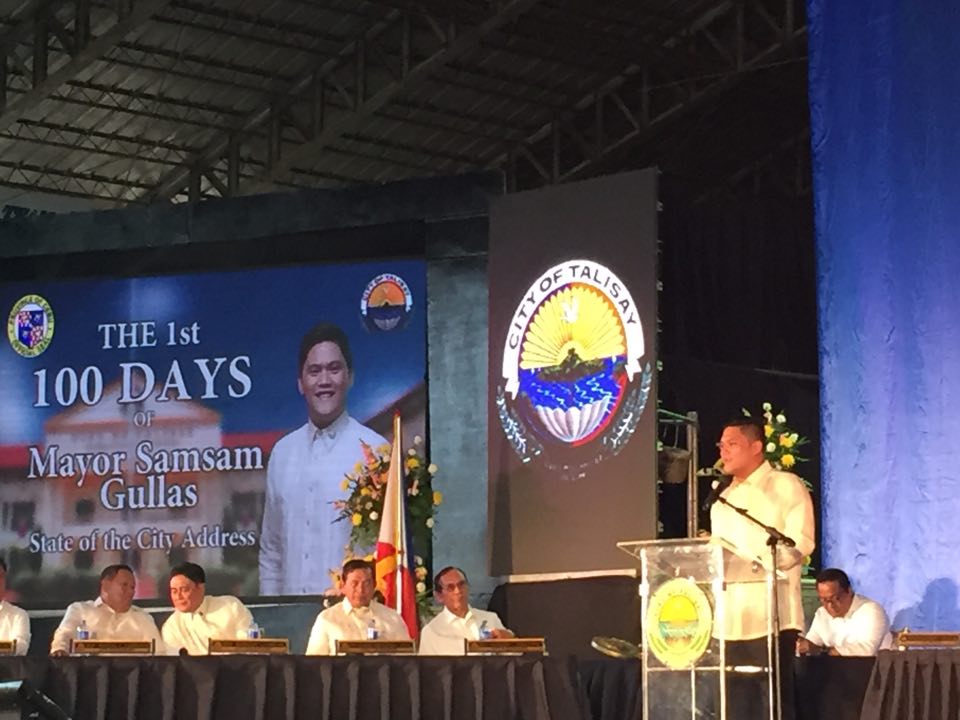 TALISAY CITY, Cebu — The improvement of the city’s tourism industry is a top priority of the administration of Mayor Gerard Anthony “Samsam” Gullas who wanted his city to earn the title of ” Tourism City” in Cebu province.

Gullas said during the State of the City Address (SOCA) which he delivered this afternoon, October 8, that tourism is the fitting brand for Talisay City that takes pride of its historical landing site in Barangay Poblacion and food tourism particularly the famed lechon sa Talisay.

Gullas said they will soon break  ground for the development of the city’s park into an area that will host lechon stalls on Sundays. A boardwalk will also be setup in a portion of the park that is located close to the Poblacion beach.

His grandfather and former mayor Eduardo Gullas already made a pledge to allocate P12 million for the beautification of the park and landing site.   Governor Gwendolyn Garcia also made a commitment to allocate another P12 million.

In his Soca, Gullas said that he intends  to develop the city into a tourism destination for families by developing its ecotourism sites that are located in its mountain and coastal areas.

“The plan is for Talisay to be a tourism destination for families. This will include agro tourism in our mountain side and ecotourism  in both coastal and mountain,” Gullas said.

Gullas, who is now serving his first term in office marked his first 100 days as Talisay City mayor today.

His SOCA highlights the 8-point agenda of his administration which includes education, tourism and culture, disaster preparedness, infrastructure, agriculture and environment, sports and wellness, aftercare on the war on drugs, and prompt delivery of public services. / dcb

Read Next
Practical tips to save money