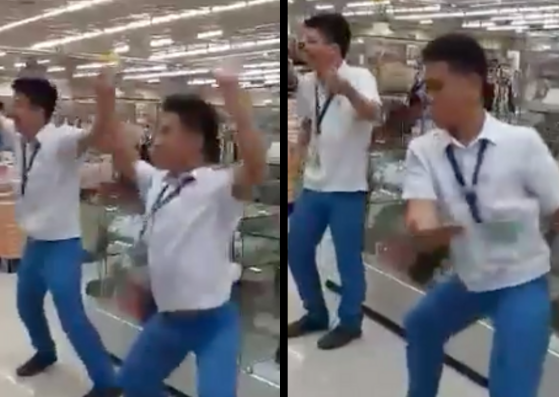 CEBU CITY, Philippines —  How to entice customers to buy your products?

Put in a dancing sales clerk!

Jee Ann Morales Gallera, marketing staff of Gaisano Grand Mall of Tibungco, says they were thinking of a strategy to increase the store’s foot traffic and encourage people to buy their products.

She asked the store’s manager if they could initiate a three-minute dance routine to entertain customers especially during the dull hours.

“It’s nothing new. A lot of shopping malls have done this routine before,” she says.

The defining moment was last October 4, 2019,during Gaisano Grand Mall’s grand anniversary when sales clerk Rocky Pitallar Jr. performed an all-out performance that was captured on video and earned praises from netizens.

“Little did I know that the views were mounting up to thousands in just a few hours/days,” she says.

Gallera says she did not upload the video to make a clown out of the graceful sales clerk.

Rather, she wanted to show how one jolly employee can turn things around.

“He sees life’s goodness despite the fact that he just returned from work after a week’s leave. His father passed away,” says Gallera.