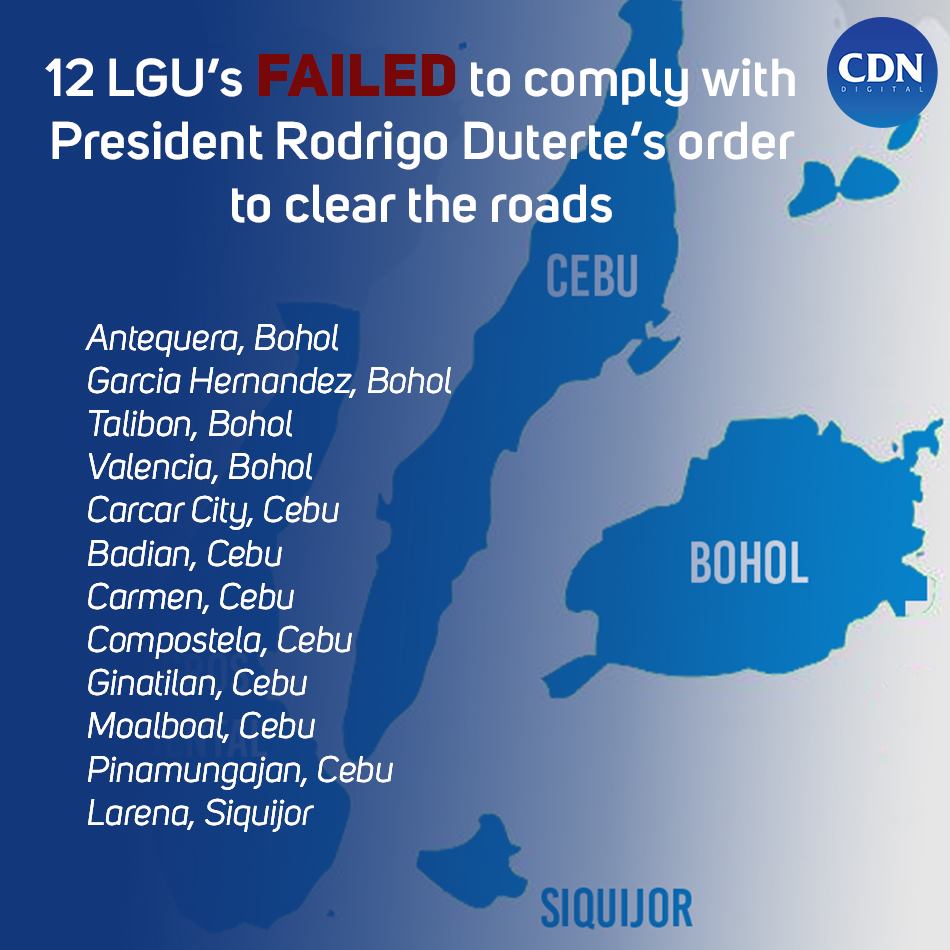 At least 12 local government units in Central Visayas failed the assessment of the Department of Interior Government for the road clearing operation. | CDN Digital

CEBU CITY, Philippines — The Department of Interior and Local Government (DILG) has released the list of local government units (LGUs) that have failed the assessment for the 60-day road clearing from August to October 2019.

In the DILG website, they posted that at least 98 LGUs all over the country failed the assessment. These include 12 towns and cities from Central Visayas.

In the province of Cebu, seven LGUs failed including Carcar City, and the towns of Badian, Carmen, Compostela, Ginatilan, Moalboal, and Pinamungajan.

For the province of Bohol, four LGUs did not make the cut including Antequera, Garcia Hernandez, Talibon, and Valencia.

DILG Secretary Eduardo Año said the LGUs, which did not get compliance ratings, would be given show-cause orders and would be made to explain their failure to comply with the government order.

“These LGUs are given five days from receipt of the show-cause orders for them to explain the non-compliance or underperformance,” Año said.

In previous statements, DILG Undersecretary Martin Diño confirmed that Cebu City got a high rating on the validation inspection for the road clearing.

He also said that most chartered and component cities in Central Visayas had been compliant to the directives of President Rodrigo Duterte to clear the roads within 60 days.

Meanwhile, the cities of Bogo and Naga, and the towns of Barili and Samboan in Cebu were recognized as highly-compliant LGUs. /dbs

Read Next
Sinas to introduce Voltes V, pursue ninja cops in next post in NCR