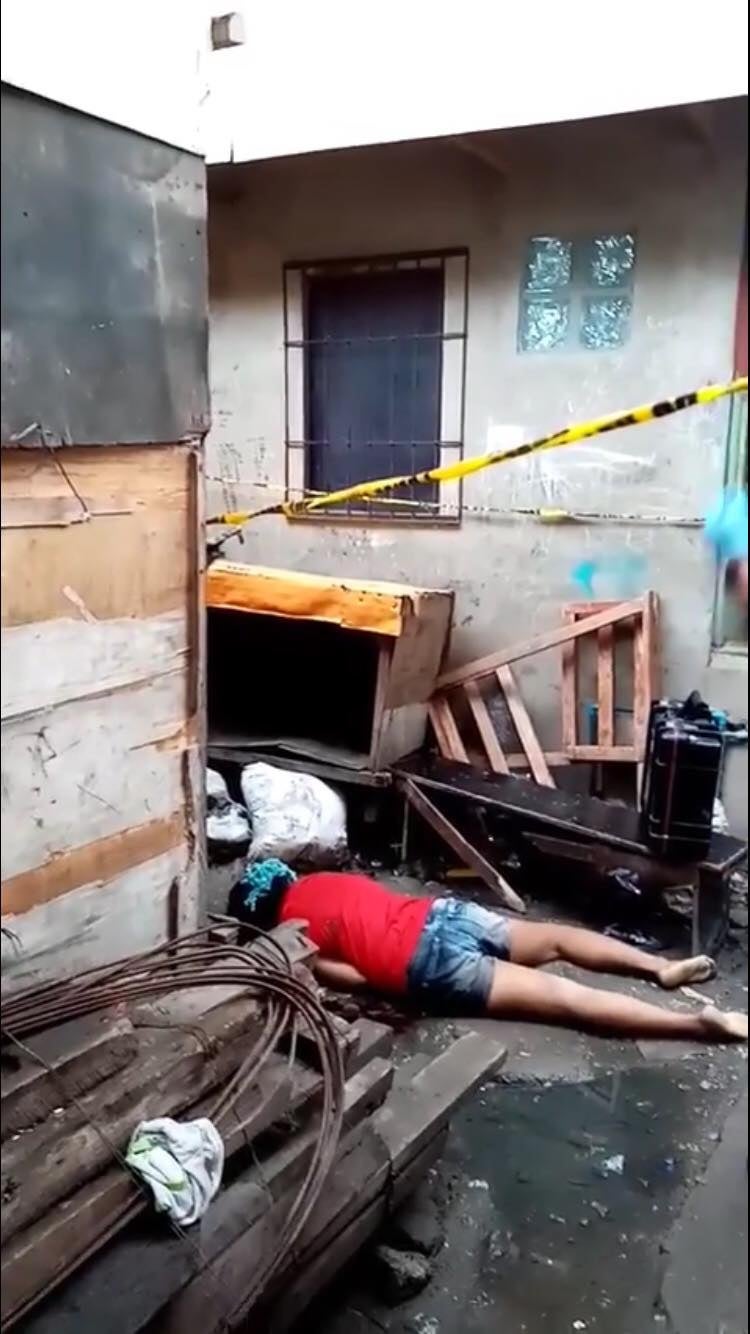 Police are looking at the possible involvement in illegal drugs and conflict with neighbors as the motives behind the killing of a woman in Barangay Carreta, Cebu City. | CDND PHOTO / Paul Lauro

CEBU CITY, Philippines —Two unidentified assailants shot a woman outside her home in Barangay Carretta around 5 a.m. on Thursday, October 17.

Mabolo Police identified the victim as Jacquilyn Palumas, 31, a resident of Sitio Ponce of the same barangay.

The daughter of Palumas said her mother was sitting outside their home when two unknown individuals shot her multiple times.

After they shot Palumas, the two men immediately fled the scene on board a motorcycle.

Police Corporal Marlito Protugisa, the lead investigator of the case, said the husband of Palumas is currently detained at the Cebu City Jail for cases involving illegal drugs.

Protugisa said the barangay also recorded conflicts between Palumas and some neighbors in the past months.

Portugisa said they are looking into these two motives — Palumas’ possible involvement in illegal drugs and her conflict with neighbors — as the reasons why she was killed.

He said authorities will continue their investigation of the case to identify the men responsible for Palumas’ death. / celr