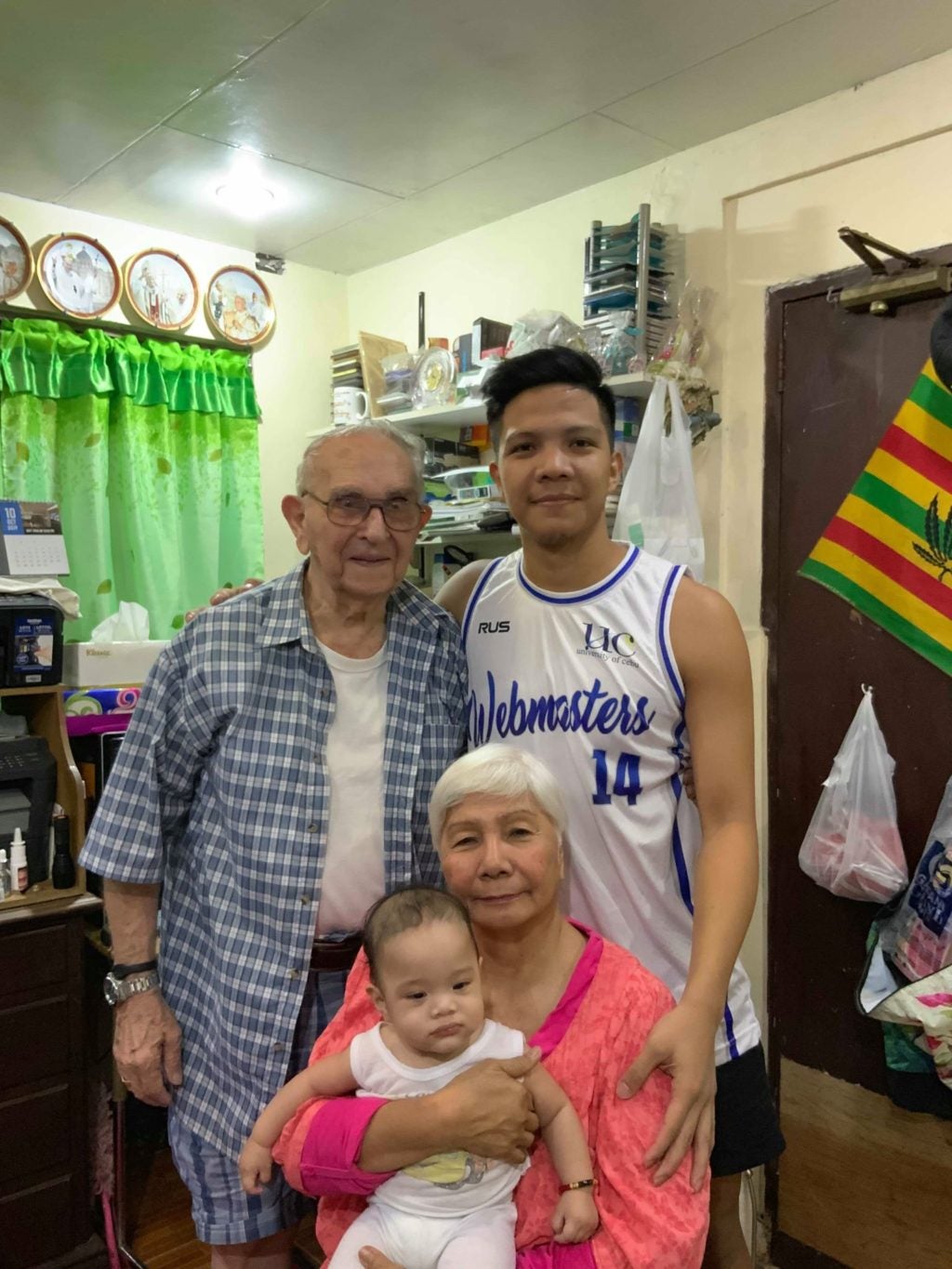 CEBU CITY, Philippines— Aside from wanting to help his team chalk up a victory over the defending champion University of the Visayas (UV), Shane Menina of the University of Cebu (UC) had extra motivation going into his Cesafi men’s basketball game against the Green Lancers at the Cebu Coliseum last Sunday, October 20, 2019.

Menina, the Webmsters’ reliable playmaker, wanted to dedicate that particular game to a special person in his life–his grandfather, James Edward Hayes.

James was with Shane’s grandmother Daliah Hayes on vacation in Cebu from the United States.

Menina said his grandparents promised to watch every game of UC while they were in Cebu.

But things took a bad turn when his 89-year-old grandfather  suffered from heat stroke a day before a big game against UV.

“He suffered a heat stroke the day before our game when he went to nearby hardware in our place, so we admitted him to a hospital  to make sure of his health,” says Menina.

Menina told CDN Digital that his grandfather, while already admitted in the hospital, kept on asking what time their game was because he really wanted to watch him play, no matter what.

“He was discharged Sunday morning because he really wanted to watch me play,” he added.

James and Daliah eventually watched Shane’s game and it was the perfect day to do so.

Menina went on to score 26 points in leading the Webmasters to an 83-66 victory over the Green Lancers for their fifth win in eight games.  UC now has a sure seat to the semis after the win.

Read: Despite sweep of UV in elims, coach says UC must stay focused, consistent to have a crack at title

Shane says his grandparents play a huge role in his success as a basketball player.

“I grew up under the care of my grandmother, Daliah Hayes, who influenced me to play basketball after she saw this ad in the newspaper,” says Menina.

Ever since he started playing at the age of six, Menina’s grandparents were always excited to watch him play.

“They would even wake up early in the morning back in the States just to watch the livestream of the games,” he said.

This is another story of grandparents showing their love and support for their athlete grandson.

This is also proof that grandparents do spoil their grandkids as long as they can. /bmjo

Read Next
454 personnel linked to drugs dismissed from PNP