Palace to push on with efforts to review K-12

MANILA, Philippines  — Malacañang will not stop efforts to review the K to 12 or 12-year basic education program in the country.

Presidential spokesperson Salvador Panelo declared this after Speaker Alan Peter Cayetano said on Sunday that they would review the effectiveness of the K-12, citing that “the House [is] of the consensus that K-12 is not living up to its promise.”

Sought for comment, Panelo said, “we will leave it to the wisdom of Congress.” 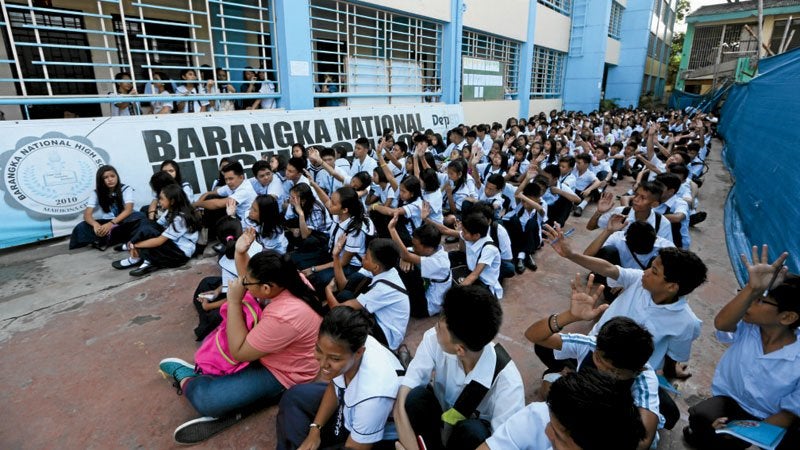 In a speech at San Beda University’s commencement exercises last year, President Rodrigo Duterte said that his daughter, Veronica, doesn’t want the K-12  and had asked him to scrap the program.

In his second State of the Nation Address (Sona) on July 24, 2017, Duterte affirmed his commitment to implement the K-12.

“We have sustained investments in higher education and committed to the full implementation of the K to 12 basic [education] program,” he said.

Read Next
Beijing says no one can stop Taiwan ‘reunification’