CEBU CITY, Philippines — A sister of slain Clarin Mayor David Navarro remained in shock and still unable to comprehend why her brother was killed.

Princess Navarro was with her brother when the latter was killed by a group of armed men along M. Velez St. , Cebu City past noon on Friday, October 25, 2019.

A sobbing Princess said that when the saw the armed men approaching, she tried to cover her brother’s face and tried to shield him from them but the armed suspects made a grab for the mayor and forced him out of the police car before they shot him several times.

The ambush also wounded the police chief of Clarin town, who was in the van along with the mayor; and another police escort, a family representative, and an aide of the mayor, according to the police. 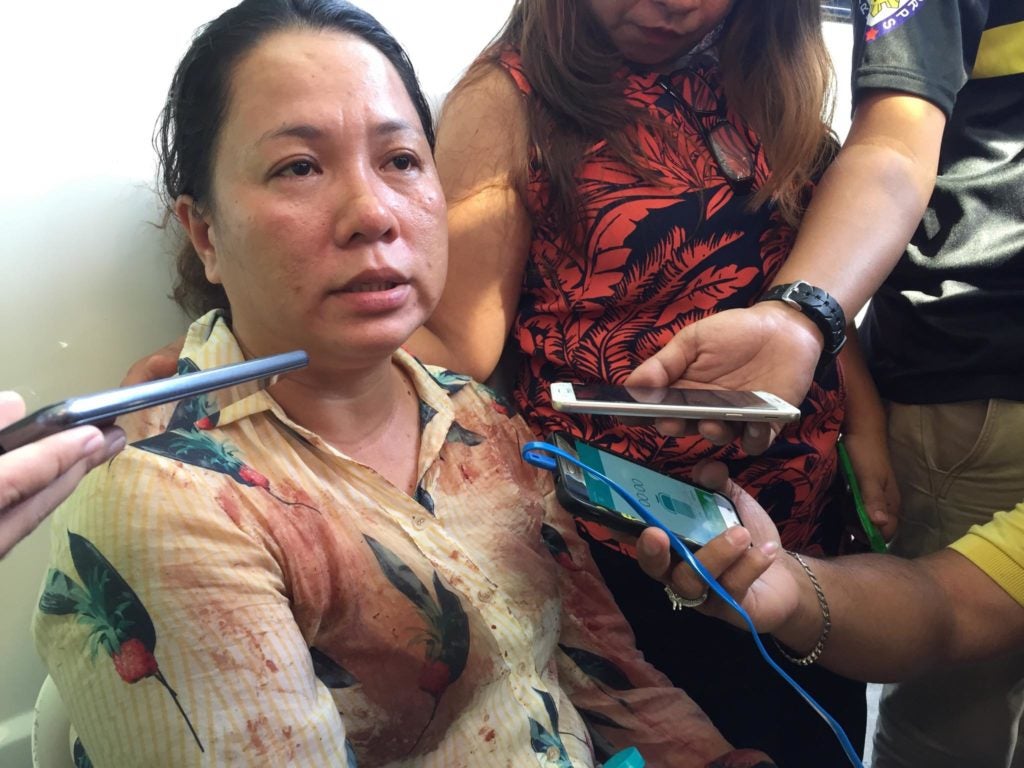 (Is there justice? If I ask for justice, will we get it? We live in a small and remote town. We came to Cebu, which is a part of the Philippines, but it felt like we are not in the Philippines.)

“All I want now is just to be able to go home,” she added.

Mayor Navarro, who was arrested on Thursday, October 24, 2019, for allegedly assaulting a massage therapist and his two other coworkers, was being brought to the Cebu City Prosecutor’s Office on board a Cebu City police SUV vehicle,  in the company of his sisters and several others, when ambushed by a group of around ten armed men./elb