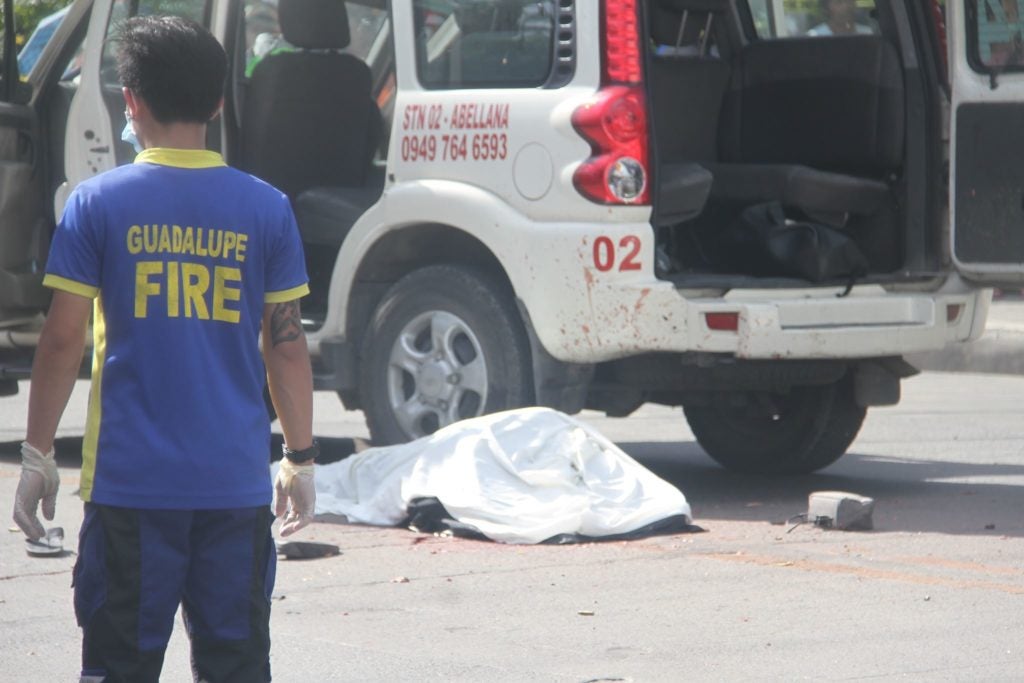 CEBU CITY, Philippines — At least ten persons were involved in the ambush that resulted to the death of Mayor David Navarro on Friday afternoon, October 25, 2019, along M. Velez Street in Cebu City, according to a policeman who witnessed the incident.

Police Master Sergeant Carlo Balasoto, who was the driver of the police patrol SUV, said the assailants were waiting in ambush as they were heading in a convoy to Cebu City Prosecutor’s Office for the preliminary investigation of the mayor, who is facing charges for allegedly beating up a masseur.

According to Balasoto,  they saw a group of around ten armed men disembarking from a van as they were approaching.

He said he and others jumped to the  back of their vehicle to take cover while several of the mayor’s escorts got him out of the police vehicle.

It was then that the suspects fired at the mayor.

(They pulled him out, then they shot him.)

He said they were not able to fire back as it happened so fast.

Police said they have yet to determine why the mayor was killed.

The incident happened just less than a day when the mayor has asked for a hospital arrest, saying he was unwell. But the request was denied by the police.

Navarro was arrested on Thursday, October 24, 2019, for allegedly assaulting a massage therapist and his two other coworkers. /elb