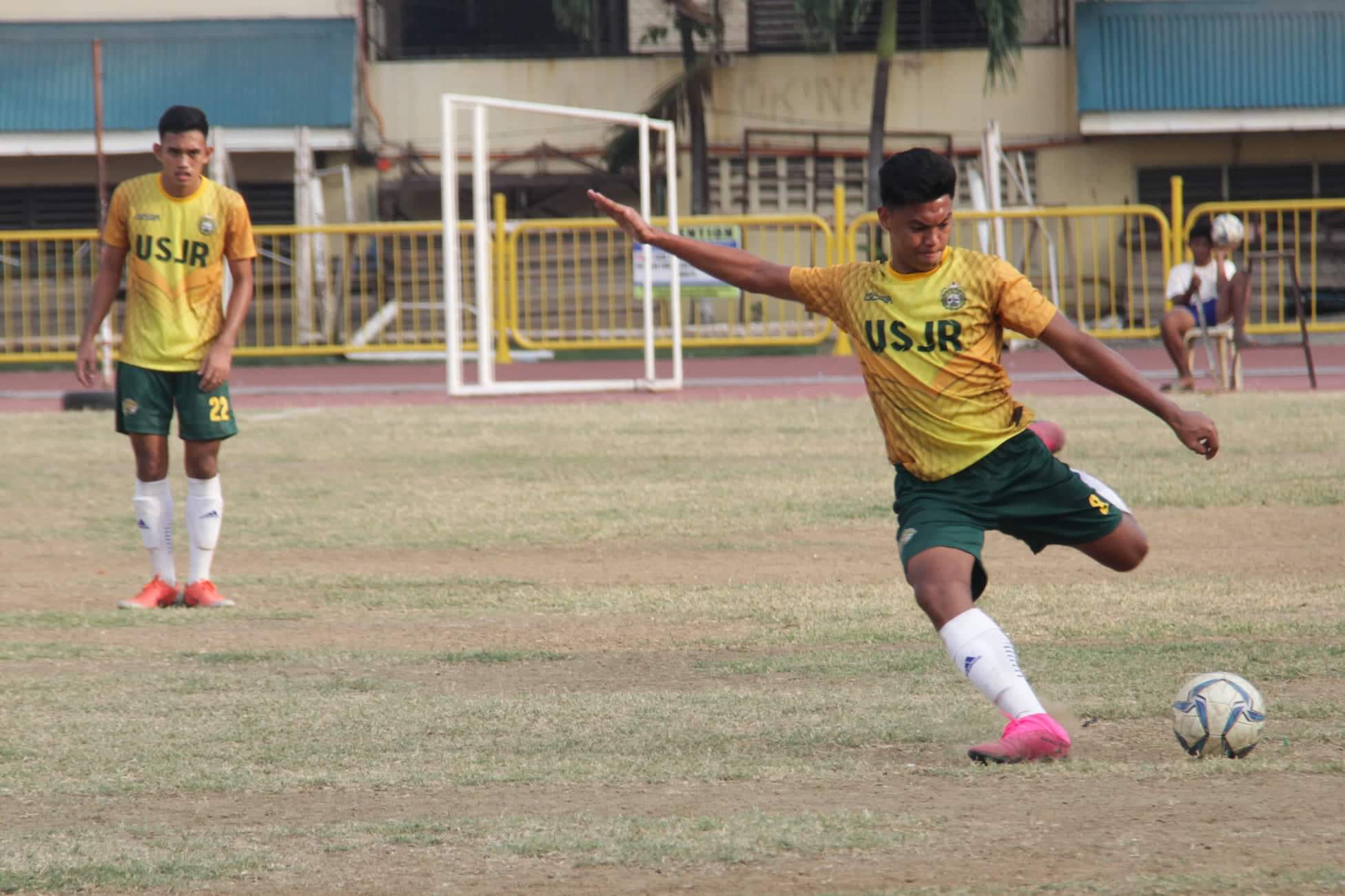 CEBU CITY, Philippines — Today, October 26, is the last day of the double round of elimination of the college division in the ongoing 19th Cesafi men’s football tournament.

This will determine who between the University of Southern Philippines Foundation (USPF) Kicking Panthers and University of San Jose Recoletos (USJ-R) Kicking Jaguars will clinch the third place as they go up against separate foes.

USPF will go up against University of the Visayas (UV) Green Booters who already bowed out of the title race.

Both USPF and USJ-R have nine points on similar 2-3-2 win-loss-draw record. USJ-R is currently at third place by virtue of its one goal difference.

Unlike in previous editions of the Cesafi football tournament, the third place will no longer be contested between the third and fourth ranked teams after the double elimination round.

Instead of a battle for third, the third place will be determined by the rankings at the end of the double round elimination as agreed by tournament director Francis Ramirez with the coaches.

The title will be contested by USC Warriors and University of Cebu (UC) Webmasters on November 10. / celr