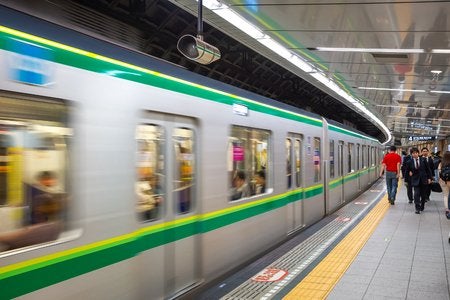 Some teenage girls in Japan could not contain their excitement when they caught a glimpse of their new emperor, Emperor Naruhito, riding the royal train.

The Omeshi Ressha or the Imperial Train, bearing Japan’s flag right at its nose, passed by the station in which schoolgirls waited at, as per My Game News Flash via SoraNews24. The TikTok video posted on Twitter last Tuesday, Oct. 22 by one @Tsukiyamma was believed to be filmed around last month, according to the site.

In the video, the girls murmur in excitement as the train came closer. Their increasing anticipation peaked when the train car occupied by who appears to be the emperor himself passed by. The girls pointed their fingers and shouted, very much like excited fans.

“Sugoi (Wow)!” the girl filming the video was quoted saying.

“It’s just like they spotted their favorite boy band idol!” one commented on Twitter, as per report.

Emperor Naruhito’s enthronement was marked in a ceremony on Oct. 22. He ascended to the throne on May 1 after his father Emperor Akihito abdicated on April 30 due to advanced age and health concerns. Cha Lino/JB