PROBE demolishes 50 structures from the sidewalks of Carreta Cemetery 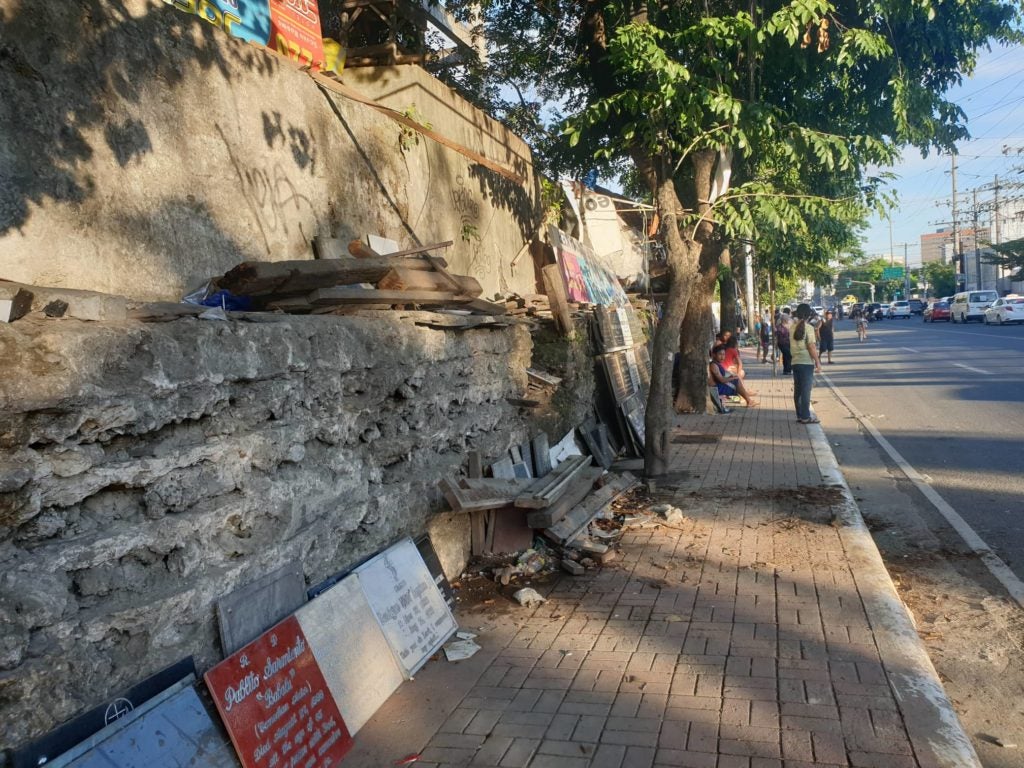 The Cebu City Prevention, Restoration, Order, and Beautification (PROBE) team demolished on Monday, October 28, 2019, over 50 structures that were built on the sidewalks of the Carreta Cemetery in Cebu City.  | Christine Baldesco

The Cebu City Prevention, Restoration, Order, and Beautification (PROBE) Team removed over 50 structures in the area on Monday, October 28, 2019, as a preparation for the influx of a huge crowd during the All Saints’ and All Souls’ Day celebrations.

Racquel Arce, PROBE Team chief, told CDN Digital that the tombstone or lapida makers had to be removed from the area because they were already blocking the sidewalks especially those located along General Maxilom Avenue, risking the safety of pedestrians.

But Arce clarified that the removal of stalls was done after lapida makers were given a five-day notice.

Those who remained in the area after the lapse of the notice were ordered demolished on Monday.

As a humanitarian consideration, they also allowed lapida makers to continue to display samples of the tombstones that they made on the cemetery’s concrete fence.

PROBE will also allow lapida makers to loiter in the area to secure their lapida samples, but they will no longer be allowed to set up vending areas there.  Instead, they will also be allowed to go inside the Carreta cemetery if they have orders to work on.

(We had to remove their stalls because these were already obstructing the sidewalks. While we do not want to deprive them of their source of income, we also wanted to make sure that pedestrians are able to use the sidewalks.)

After they cleared the sidewalks of obstructions, Arce said that their next target are the makeshift shanties that are built on top of graves or large mausoleums inside the Carreta Cemetery.  They hope to complete the task before Friday, November 1.

“We don’t want the families to complain. Of course, let’s give them time to pay respect to their dead loved ones,” she said.

PROBE, she said, would not prohibit families who live inside the cemetery to build new makeshift shanties after the kalag-kalag celebration. / dcb