Cardinal Tagle: ‘Be  one with the people of the sea’

KAOSHIUNG, Taiwan –  Manila Archbishop Luis Antonio Cardinal Tagle encouraged   port welfare workers and chaplains to listen to the people of the sea, particularly  seafarers and fishermen, and not merely impose their plans for them.

“It makes a lot of difference to touch the hand of a fisherman/ seafarer, to see their distress. They are not numbers but they are human beings.” Tagle said  during his at  speech the  2019  World Conference  of the  International Christian Maritime Association (ICMA)   in Kaohsiung, Taiwan.

Tagle noted that the  Church has always acknowledged the role of the people of the sea as the successors of the 12 disciples, mostly fishermen,  who later  disseminated his teachings.

“Coming together is not just a strategy but an imperative that comes from discipleship as  Christ’s call to working together” Tagle said, adding that ICMA members must  work and walk together  respecting each others gifts and strengths. 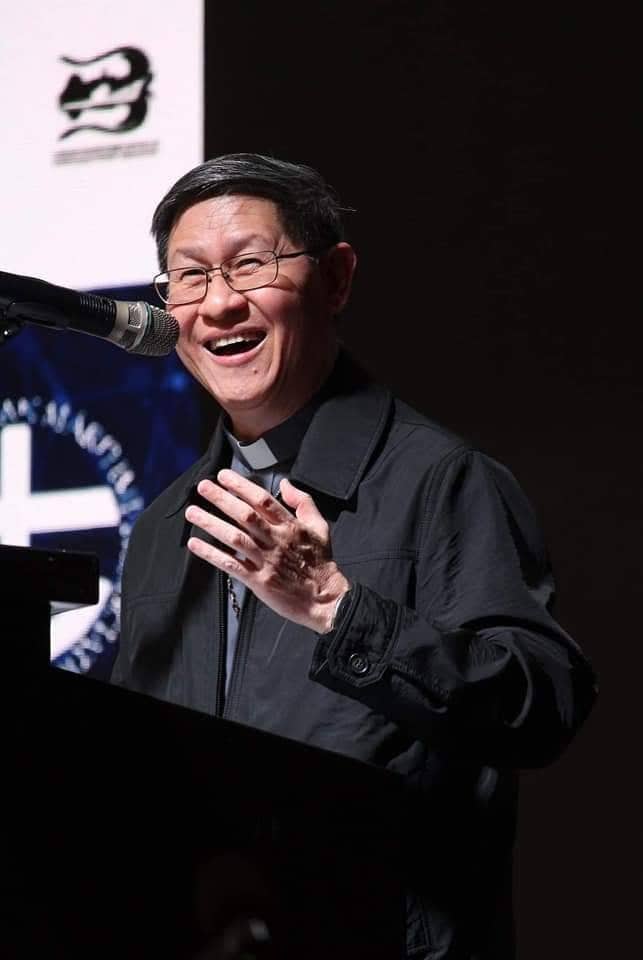 “In celebrating the strength and gifts of the other,  we cannot work together if we are threatened by the gifts of others. This has to be mutual,” Tagle added.

In a fragmented and divided society, it is the mission of ICMA to promote unity, peace and tolerance as it is the duty of every  chaplain and welfare worker to serve the stakeholders regardless of nationality, religion, culture, gender or ethnic origin.

ICMA is a free association of 29 charitable organisations working for the welfare of seafarers, fishers and their families. These organisations represent various Christian churches and communities that operate in more than 400 seafarers’ centres in more than 100 countries. ICMA was founded in 1969 to encourage collaboration and mutual assistance among seafarers’ ministry organisations.

Some of the members organizations of ICMA include Apostleship of the Sea (AoS), Mission to Seafarers, Sailor Society, German Seemannsmission, among others.

“Greatest of gifts is love, without love the many gifts present in community might be misused
I may have the gift of healing. But if I do it without love I could use it to promote myself,” Tagle said.

Pope Francis earlier said in his video message that  the port welfare workers must  “help the people of the sea to know Jesus Christ and to live according to His teachings.”

Pope Francis stressed that without seafarers, the global economy would come to a standstill; and without fishermen, many parts of the world would starve.

The international shipping industry  is the life blood of the global economy as it  is responsible for the carriage of around 90 percent of world trade.

However, Pope Francis said that they face the seafaring dangers of storms and piracy, long periods of time away from their families and working conditions that are often harsh and low-paying.

“With compassion and discretion, you give them a chance to pour out their hearts,” Pope Francis earlier said  In another  statement, adding that listening to the people of the sea and to their material and spiritual needs is part of  the ministry.

Cardinal Tagle also acknowledged the presence at the conference of the Filipino fishermen who survived the October 1 incident where six fishermen — three Indonesians and three Filipinos — were killed when the port bridge came crashing down onto the boats below. The incident also left 18 migrant fishermen, 14 Filipino and 4 Indonesian homeless.

The Philippines earlier hosted in 2016  the ICMA  “Training and Immersion Course” for workers serving seafarers from the Philippines  which allowed participants to gain a first-hand knowledge of Filipino seafarers’ social and cultural background and other institutions in the Filipino maritime sector.

China, the Philippines, Indonesia, the Russian Federation and Ukraine are estimated to be the five largest supply countries for all seafarers (officers and ratings).

It is estimated that there is one Filipino seafarer for every four to five complements on board a vessel at any time.

The estimated 337,502 deployed Filipino seafarers in 2018  remitted  $6.14 billion or around P318.55 billion. The sea-based sector’s remittances comprise at least 22 percent of the total dollar remittances of Overseas Filipino Workers (OFWs).