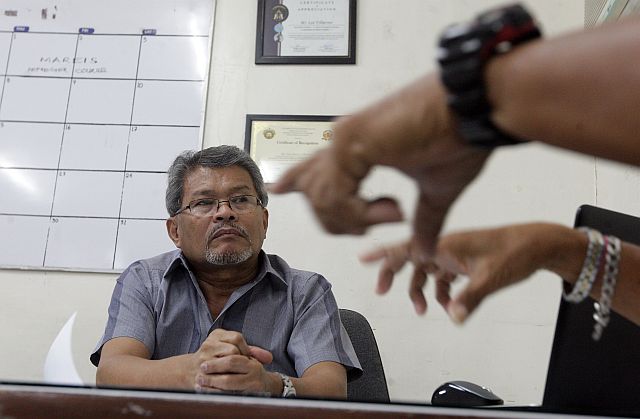 Lawyer Leo Villarino, chief investigator of the Commission on Human Rights Central Visayas (CHR-7), said that they will be conducting their own investigation on the death of Clarin mayor David Navarro. | CDN File Photo

CEBU CITY, Philippines –The Commission on Human Rights in Central Visayas (CHR-7) will be conducting its own investigation on the ambush-slay of Clarin, Misamis Occidental mayor David Navarro.

CHR-7 Chief Investigator Leo Villarino said they already created a composite team to do a parallel investigation on Navarro’s killing in compliance with an order which they received on Monday, October 28, 2019, from their head office.

The composite team will consist of lawyers and CHR-7 investigators including himself.

But even before they received the order from their head office, Villarino said that CHR-7  was already preparing to conduct a motu propio investigation on the October 25 ambush-slay.

The CHR-7 investigation will be made separate from the one that will be conducted by the National Bureau of Investigation Central Visayas Office (NBI-CEVRO) on the instructions of President Rodrigo Duterte.

Villarino said that CHR-7 will especially determine how and why Navarro was killed while under police custody.

(We have to remember that Navarro was a suspect who was being escorted by the police.)

Villarino said that they will soon be sending a subpoena to invite the policemen who escorted Navarro to the City Prosecutor’s Office to shed light on his death.

CHR-7 investigators will try to determine if the police committed security lapses while Navarro remained in their custody.  It was also important to determine why his police escorts were unable to retaliate against their attackers, he said.

Meanwhile, Navarro said that CHR-7 welcome the President’s decision to turnover to the NBI the ongoing investigation of the Philippine National Police (PNP) on Navarro’s death.

“Well, we are glad that the President is seeing it that way, nga para niya mas maka-imbestigar og tarong ang NBI kay sa PNP especially kay ang PNP man maoy gipasanginglan karon…. So, we appreciate the move of the President nga handing over to other agency to conduct the investigation possibly because maglikay siya for possible whitewash,” he said.

(Well, we are glad that the President is seeing it that way, that he thinks that the NBI is in a better position to investigate Navarro’s case especially since that police are now being accused of orchestrating his death. So, we appreciate the move of the President to handover the investigation to another agency to prevent a possible whitewash.) / dcb