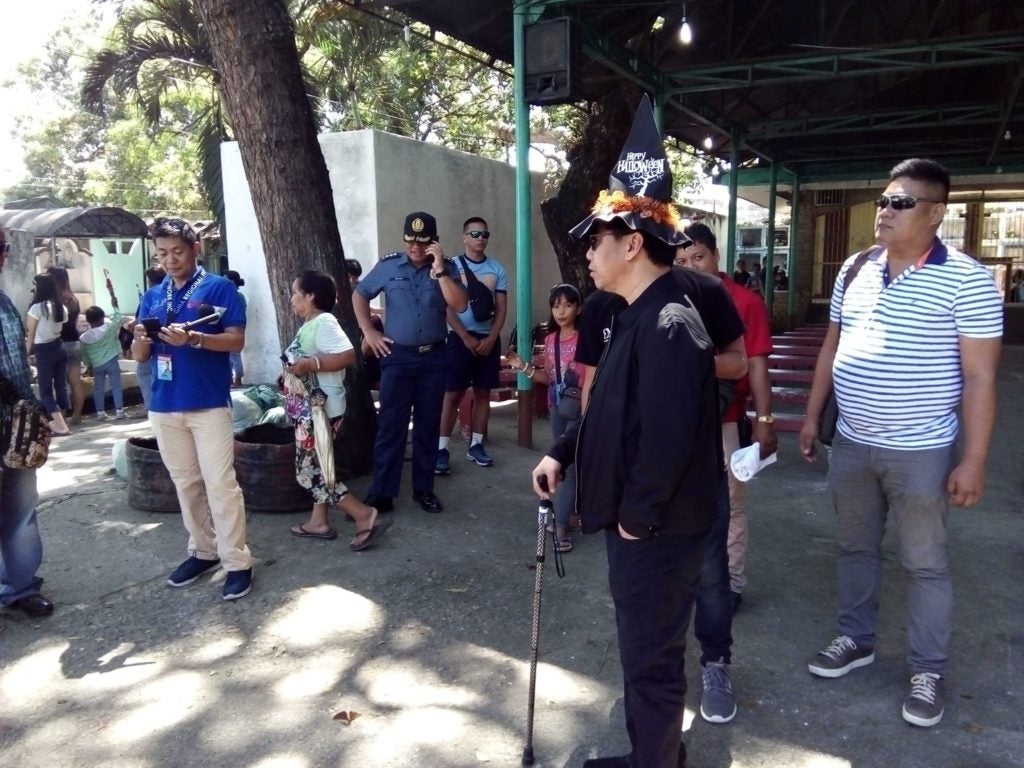 “We will just make sure that the cemeteries are  already cleaned by our DGS (Department of General Services) to have it look good and clean,” said Chan.

Suring the visit, Chan, who was wearing a witch hat, a black jacket and pants and bringing with him a cane, started a mini “Trick or Treat” at the Humay-Humay cemetery by giving children packs of candies.

Mayor Chan then left for Olango island to conduct also an inspection at the Sta. Rosa Public Cemetery.

According to Mayor Chan in an interview with CDN Digital on Thursday morning, October 31, 2019, they were stranded in Olango after motorized boats were prohibited by the Philippine Coast Guard (PCG) from sailing due to big waves and strong winds.

It was already past 6:00 p.m. when they arrived at mainland Lapu-Lapu City.

Meanwhile, Lapu-Lapu City Police Director Colonel Clarito Baja said, they will start deploying around 200 police personnel for the observance of All Saints’ Day and All Souls’ Day in the city starting Thursday.

He said, they will be assisted by around 180 force multipliers in all six cemeteries in the city.