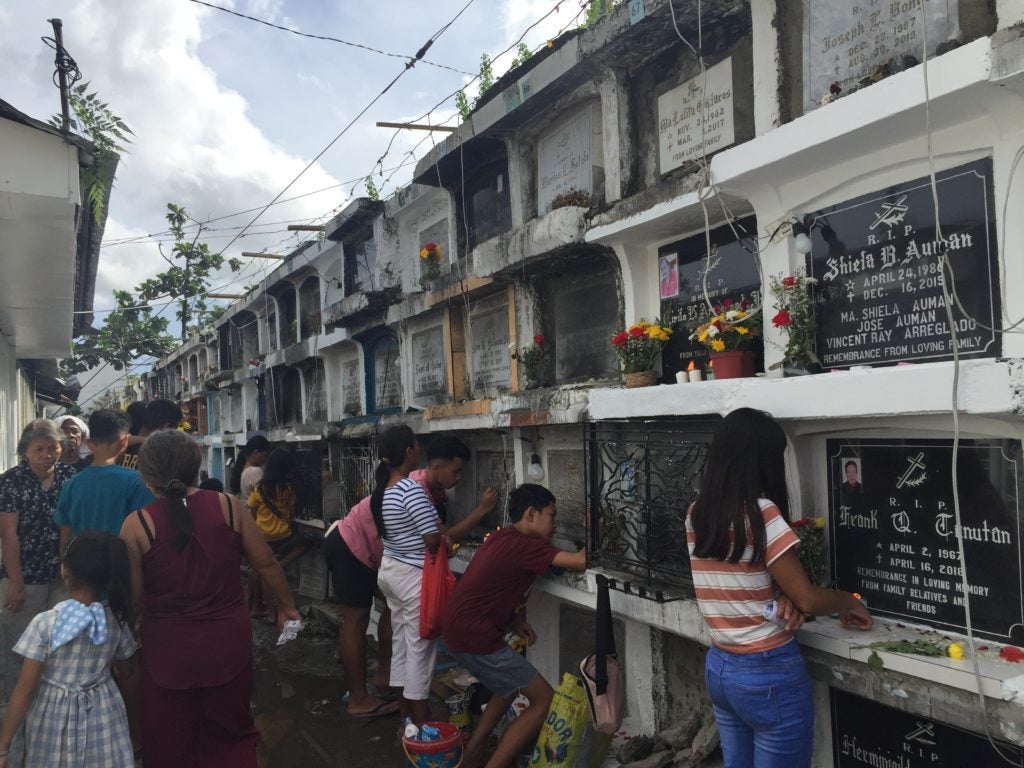 MANDAUE CITY, Cebu — The roads leading to the four cemeteries in Barangay Guizo, Mandaue City remained clear despite the volume of people that started arriving on Friday morning, November 1, 2019.

The entire stretch of B.B. Cabahug Street that leads to the St. Joseph’s Parish Roman Catholic Cemetery and three private cemeteries in the area has been closed to give way to those who will visit their loved ones in the cemeteries.

Police personnel from the Mandaue City Police Office Station 1 in Barangay Centro have been deployed in the vicinity of the cemeteries alongside Barangay Public Safety Officers (BPSO) to ensure the safety of those who are visiting the cemeteries.

The police have designated only separate entry and exit points in the cemetery to manage the traffic of people going in and out of the cemetery. Vendors have also been prohibited inside the cemeteries.

Kintanar said no untoward incidents have been reported to the Police Assistance Desk (PAD), which they set up outside the public cemetery, as of this posting.

(As of now, we designated separate lanes for males and females so we can thoroughly check the males if they are not bringing any contraband inside.)

Among the prohibited items inside cemeteries are liquors, sharp and flammable objects and those that produce loud noises.

Meanwhile, Kintanar also reminded parents who will be bringing their small children in cemeteries to put a tag on their kids in order to easily contact them in case they get separated from the children.

Kintanar said the parents could let the kids wear identification cards or pin on them contact information. /bmjo