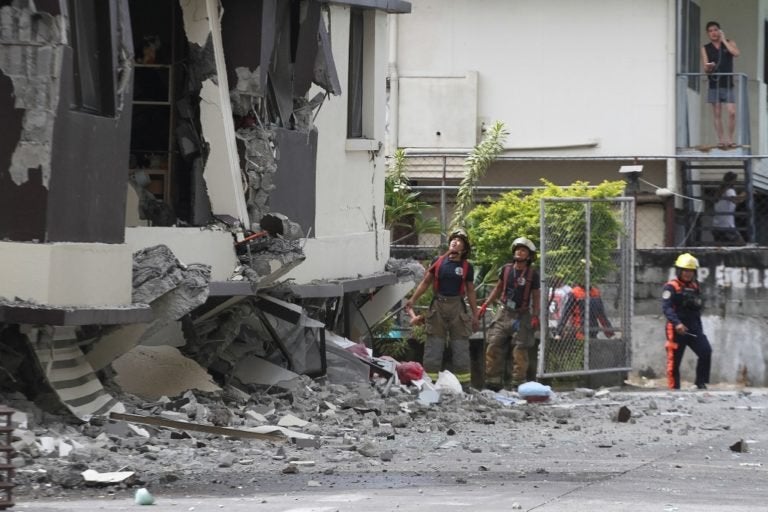 Rescuers look at the damaged condominium building after a 6.5-magnitude earthquake hit Davao City in the southern island of Mindanao on October 31, 2019. A powerful quake struck in the southern Philippines on October 31 sending people fleeing from homes, schools, and malls, with initial reports of damage to some buildings. |Photo by Manman Dejeto/AFP

“Well, it is time for the LGUs to inspect all buildings. They should start now,” Duterte told reporters in Davao City on Thursday night.

“The earthquake season has come. I don’t know if it will occur again between now and tomorrow,” he added.

Duterte’s house in Davao City was not spared as cracks were seen inside his room following Thursday’s powerful tremor.

He said the Presidential Security Group would inspect his house on Friday.

“The PSG said, they are insisting that it will be inspected,” he said.

“Even the DPWH, the structural engineers of the city government [will also inspect],” he added.

Duterte, who is set to fly to Bangkok on Friday night for the 35th Association of Southeast Asian Nations (Asean) Summit has ordered government agencies to extend “immediate relief” to residents of areas affected by the earthquake.

Read Next
Inside Carreta Cemetery: How a couple raised a family in Cebu’s famous graveyard for 30 years (Part 1)